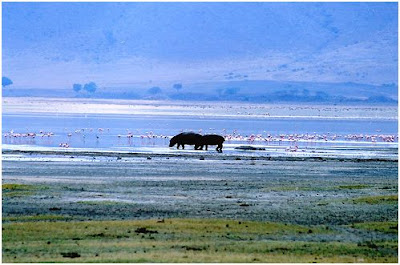 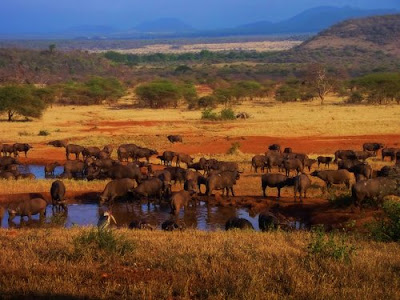 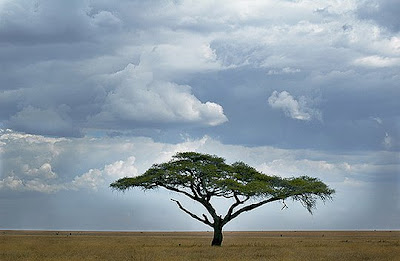 Serengeti comes from the Maasai word "Siring" meaning "Endless Plain", which really is what it means: hundreds of kilometers of flat surface land, better termed "The Sea of Grass On Plains". The first understanding about Serengeti comes from its distinction of the ecosystem from the Serengeti National Park itself. The ecosystem encompasses the following: Ngorongoro Crater Conservation Area in the south east, Ikorongo, Grumeti and Maswa Game Reserves in the western pockets, the Loliondo Game Control Area (also known as government approved hunting blocks) in the north east, and in the north by the famous Masai Mara National Reserve, Kenya, thus the Serengeti National Park itself is cushioned within these game control and reserves. The Serengeti ecosystem is approximately 27,000 square kilometers and the park is documented at 14,763 square kilometers.

Although this paper on the Serengeti National Park was written to serve AfricanMecca guests with quality, credible and reliable information about the resources in our homeland, we encourage visitors in general to understand what it is that makes the Serengeti tick? What is it that makes the Serengeti what it is? How does the environment and nature come to play its part in the Serengeti? We would like to formally state this because many guests sometimes overlook the superb theatrics being played out, and it is our desire to encourage our guests to have a personal connection to the Serengeti, which would also make their safari journey an incredible experience.

Don't forget your passport because Africa is a MUST SEE!

Everyone I know that goes says it is magical...