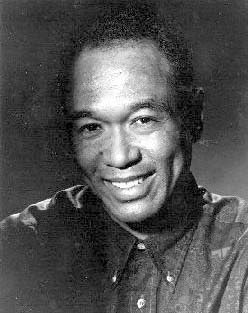 In his life as the first African American athlete to win a medal in the Olympic games in the category of fencing. Peter Westbrook certainly has gone full circle in his life thus far. Born and raised in the rough streets of Newark, New Jersey. Peters childhood environment was one in which he was often found fighting fist to cuffs rather than with the fencing saber that he is now famous for. His Japanese mother paid him $5 to attend local fencing classes. She wanted to divert his attention to an ancient sport that she thought would be similar to the style of Samurai fighting that she was familiar with in Japan.

He has been described as having ,” the temperament of El Cordobes, the famous matador, the agility of Julius Irving, the basketball great, the cunning of Muhammad Ali, the legend of boxing, and the gracefulness of Rudolf Nureyev, ballet's living shrine...”

That’s quite some accolades for the boy who grew up in the mean streets of Newark.

She succeeded in fueling a passion within Peter that allowed him to receive a full scholarship to New York University and served in a stepping stone to his competing in his first Olympics in Los Angeles in1984. He actually won the bronze model in that games. His fencing career has been extensive.

He formed the Peter Westbrook Foundation with $4,000 of his own money.In the beginning it was a struggle but now with corporate sponsorship and donations he is able to do much more. He seeks to give inner city children the opportunity to compete in the sport in an attempt to guide them away from gang activity. Indeed it is full circle for Peter. From boy in the hood to helping the young rise above it.
charlierose


The Cee List: Three words to describe you?
Peter: Discipline, Taskmaster and loving.

The Cee List: What does family mean to you?

Peter: Family means everything. Not just my immediately family, the foundation is my family as well. What else is there in life that could be more important than family. To love your family is the most wonderful way one can live their life.

Peter: My idea of a friend is a person who is not egotistic and can put their personal needs aside to assist my needs. It’s really hard to find a person who would risk themselves for you.

The Cee List: Your Utopia?
Peter: To live to serve Allah(God). Everyday I ask Allah to make me better and transform me into a better person.

The Cee List: Your greatest accomplishments thus so far?

Peter: To see the fruits of my labor. I use to think it was competing in the Olympics winning 6 medals. But now it’s being a good father, husband and giving people opportunity by helping them get into wonderful colleges. Help shape them into strong brothers and sisters so they can become caregivers as well. If you only could see what some of these kids come from you wouldn’t believe it. It's amazing to see a person come from nothing(streets) and teach them how to receive everything.

The Cee List: Favorite place you’ve ever lived or visited?

The Cee List: How has the foundation enhanced, enriched or changed you?

Peter: Allah inspires me and the blessings I’ve received from Allah. It’s amazing to see Allah’s love and mercy towards mankind. He is even merciful to the most evilest of people. Allah is so merciful in ways we don’t even know. I thank Allah for life. He is my biggest inspiration.

The Cee List: How does it make you feel having two students from the foundation bringing Olympic silver medals from Beijing?

Peter: It makes me feel unbelievable and miraculous. It is a wonderful wonderful thing. More than the medals, it’s amazing and stupendous to see the students turn their lives around, and train them to become wonderful citizens and make god the center of their lives. That’s the ultimate gold medal, but I’ll take the silver one too.

The Cee List: What advise would you give to future Olympians?

Peter: You are not your accomplishments. You’ve been blessed. You will hear of people who get severely depressed or want to commit suicide when they lose someone or something. You may have lots of money, beauty, family, mate, or your job. It’s important to know one day you may have something or someone, and the next day it or they can be gone. You can never be number one forever or beautiful forever. Beauty fades and so does everything else. These are all gifts. It’s very important to understand this, so when they do you won’t feel like an empty shell.

The Cee List: Free Style (anything you want to say to the world)

Peter: Serve Allah (God) first,serve your brother, be as righteous and honest as you can be. If you do this, all will be given to you!
Posted by theceelist at 8:13 AM

Peter Westbrook is a wonderful example of a generous, loving person...