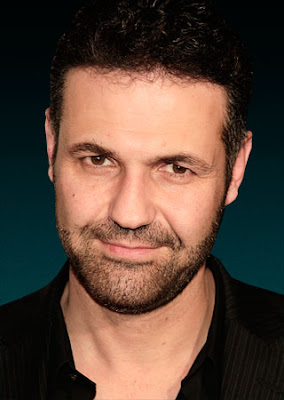 Khaled Hosseini was born in Kabul, Afghanistan, in 1965. His father was a diplomat with the Afghan Foreign Ministry and his mother taught Farsi and History at a large high school in Kabul. In 1976, the Afghan Foreign Ministry relocated the Hosseini family to Paris. They were ready to return to Kabul in 1980, but by then Afghanistan had already witnessed a bloody communist coup and the invasion of the Soviet army.

The Hosseinis sought and were granted political asylum in the United States. In September of 1980, Hosseini’s family moved to San Jose, California. Hosseini graduated from high school in 1984 and enrolled at Santa Clara University where he earned a bachelor’s degree in Biology in 1988. The following year, he entered the University of California-San Diego’s School of Medicine, where he earned a Medical Degree in 1993. He completed his residency at Cedars-Sinai Hospital in Los Angeles. Hosseini was a practicing internist between 1996 and 2004.

While in medical practice, Hosseini began writing his first novel, The Kite Runner, in March of 2001. In 2003, The Kite Runner, was published and has since become an international bestseller, published in 38 countries. In 2006 he was named a goodwill envoy to UNHCR, the United Nations Refugee Agency. His second novel, A Thousand Splendid Suns was published in May of 2007. He lives in northern California with his family.

I've read both books, and Khaled characters pose undauntedly courageous characteristics. I had a myriad of emotions while reading his books. A definite page turner.

Posted by theceelist at 5:23 AM

I loved the Kite Runner...

So foreign and so intense...

I live such a safe and sheltered life here in America...

I agree with you about how courageous his characters are...

I haven't read a Thousand Splendid Suns yet... look forward to it...