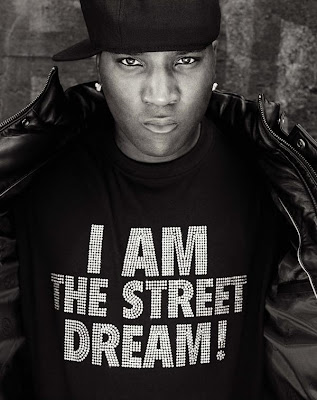 Atlanta-based Young Jeezy originally planned on having a background role in the music industry -- as a businessman, not as a rapper. Years before making his first Def Jam album -- Let's Get It: Thug Motivation 101, released in July 2005 -- he set up Corporate Thugz Entertainment and promoted Cash Money releases. From there, he branched out as a label boss and artist in his own right, releasing albums and mixtapes. Come Shop wit' Me, his independently distributed debut from 2003, allegedly sold more than 50,000 copies. As a member of Boyz N da Hood, he was behind a self-titled album (released just weeks before Let's Get It) that debuted in the Top Ten of the Billboard album chart. Driven by the hit "Soul Survivor," Let's Get It: Thug Motivation 101 eventually did even better, nestling at the number two spot in the Top 200. The Inspiration: Thug Motivation 102 followed in late 2006, and by that point, Jeezy had become one of the most prominent MCs. In 2007 he introduced his U.S.D.A. crew with the album Cold Summer, and then returned to his solo career a year later with the politically minded The Recession.

Young Jeezy may seem like an unlikely political commentator, given his status as a gangsta rapper. But on his new CD, “The Recession,” he talks about more than just hustling, putting in his two cents about the economy, struggling times and Democratic presidential candidate Barack Obama.

The platinum-selling, Atlanta-based rapper is broadening his subject matter as he also tries to appeal to a wider audience. So far, it seems he’s achieving that goal. He got a boost when Michael Phelps gave him props in Beijing, noting he jammed to the Jeezy hit “Go Getta” before bringing home a record eight Olympic gold medals.

Posted by theceelist at 8:40 AM