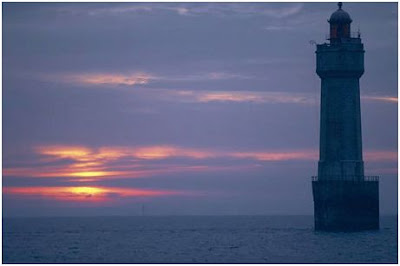 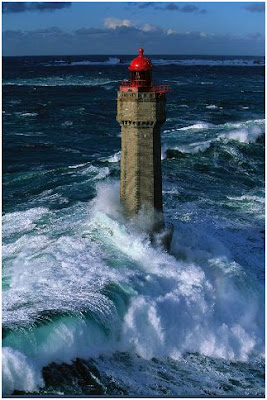 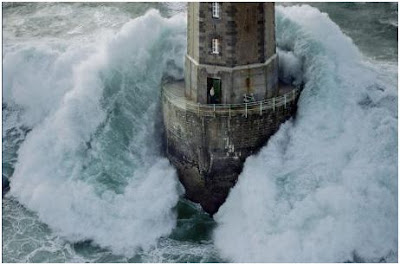 La Jument is the name of a lighthouse at the North-Eastern part of France, Brittany. The lighthouse is built on a rock (that is also called La Jument) about 300 metres from the coast of the island of Ushant, in the middle of the ocean. There is also an almost identical lighthouse about 3 kilometers to the North, the Nividic lighthouse. Together with the lighthouse Kreac'h , they are the 3 most famous lighthouses of the region.

Sunrise & Sunset are my favorite times of day! :)

How could you build a lighthouse when the foundation was underwater?

Hey :) and thanks for the sunshine, clam weather and breezy settings :o)Enjoy your weekend too :o)
Same to you Cate :)

Cate,I didn't think of that.Good question. I'm going to check that out.