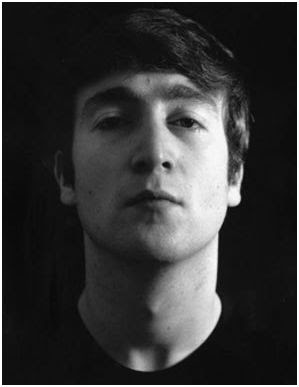 When he was four years old, Lennon's parents separated and he ended up living with his Aunt Mimi. John's father was a merchant seaman. He was not present at his son's birth and did not see a lot of his son when he was small.

Lennon's mother, Julia, remarried, but visited John and Mimi regularly. She taught John how to play the banjo and the piano and purchased his first guitar. John was devastated when Julia was fatally struck by a car driven by an off-duty police officer in July 1958. Her death was one of the most traumatic events in his life.

As a child, John was a prankster and he enjoyed getting in trouble. As a boy and young adult, John enjoyed drawing grotesque figures and cripples. John's school master thought that he could go to an art school for college, since he did not get good grades in school, but had artistic talent.

As half of The Beatles, John Lennon and Paul McCartney were one of the most successful songwriting teams of the century. Together they wrote dozens of hit tunes, ranging from "Help!" and "Ticket to Ride" to "Penny Lane" and "Let It Be." Lennon's romance with Yoko Ono was a major influence on his post-Beatles career, and he collaborated with her on everything from the modern pop hymn "Imagine" to avant-garde noise and poetry. The Beatles broke up in 1970, and Lennon followed with a solo career marked by uneven recordings and public pleas for world peace. After a reclusive five years as a family man, Lennon released an album with Yoko in 1980, Double Fantasy. As their new song "Just Like Starting Over" was reaching the top of the charts, Lennon was shot to death outside his New York home by Mark David Chapman, a schizophrenic fan.

Lennon published two illustrated books of poetry and wit in the mid-1960s, In His Own Write and A Spaniard in the Works... His son Julian Lennon is also a singer and musician... Lennon's political positions gained him the enmity of J. Edgar Hoover's F. B. I. and the U.S. State Department, and researchers are still trying to get files on Lennon made public.

He's definitely one of the most loved musicians of all x!

Posted by theceelist at 6:25 AM

Have you posted John Legend yet?

Thanks for posting John...

Brilliant... I love the spot in Central Park with the "Imagine" mosaic... it is always covered with flowers and people meditating around it...

My best friend is really into Yoko... she is really an unusual person... my girlfriend thinks she is one of the best artists of our time... : )