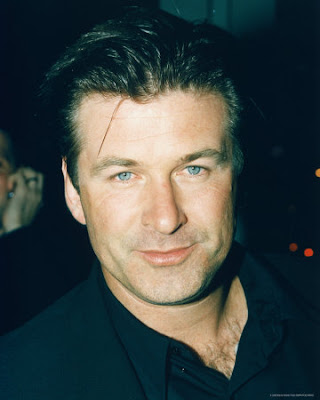 Born April 3, 1958, Alec grew up in Massapequa, Long Island where his father was a high school teacher for twenty-eight years and his mother raised six children, including his sisters, Beth and Jane. Alec is the eldest of his brothers, Daniel, William, and Stephen Baldwin, all of whom are actors in film and television.

Alec attended George Washington University and planned to attend law school, when he auditioned for the New York University Undergraduate Drama Program on a dare. He was accepted, and in 1979 began what would become his professional training. In 1980, he was cast in the daytime TV series "The Doctors" on NBC and has worked in nearly every venue as a professional actor ever since. Whether in regional theater or on Saturday Night Live, blockbuster movies or Broadway, literary festivals or television mini-series, Alec has always attempted to balance his love of communicating with an audience with the demands of a motion picture and television career.

On television, Baldwin is currently starring in NBC's Emmy award winning comedy series, "30 ROCK", for which he received the 2007 Golden Globe, SAG and Television Critics Association awards as Best Actor in a comedy. Baldwin has starred on "Knot's Landing" for CBS and numerous other TV shows including "Dress Grey" (a miniseries for NBC), "Nuremberg: Infamy on Trial (for TNT) and appearances on "Saturday Night Live" (too many to count).

Alec is an out-spoken supporter of various causes related to public policy, including environmentalism, the government's support of the arts, campaign finance reform, animal rights and gun control. He serves on the board of directors of the East Hampton Daycare Center, People For American Way and NYU Tisch School of the Arts Dean's Council. He is on the advisory board of the NYU/Brennan Center for Justice and the Carol M. Baldwin Breast Cancer Research Fund. He is a vigorous supporter of the People for the Ethical Treatment of Animals (PETA) and the Performing Animal Welfare Society (PAWS), just to name a couple.

His new book just released. "A Promise to Ourselves." It's a journey through fatherhood and divorce.

--alecbaldwin
Posted by theceelist at 10:53 PM

What a wonderful example to highlight... a person who gives so much to the community...

I think people like Alec Baldwin are the best role models...

Thanks for showcasing him...