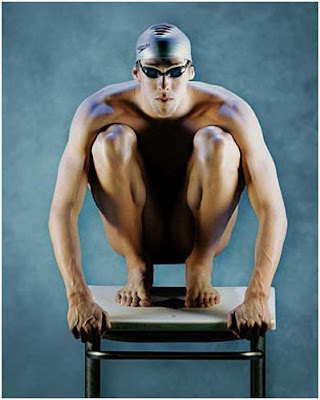 Having won eight gold medals and breaking seven world records in doing, so there is no doubt that Michael Phelps was the golden boy of the 2008 Beijing Olympic games.

Being the youngest of three, his older siblings had already preceded him in Swimming. Swimming was actually a way for him to refocus himself having been diagnosed with ADHD at the age of seven. By the age of ten, he already had gained the national record for his age.Michael has actually represented the USA in three Olympics. The first was in Sydney where he was the youngest swimmer to ever participate at the age of fifth-teen. He came in fifth at that time. But four years later in Athens he began the string of success that would end in his being the most medaled Olympian in history.

Many naysayers didn’t believe that Michael would be able to break Michael Spitz Olympic record of seven Olympic gold medals in Swimming. The record had, after all, stood for twenty-five years ,but over and over again Michael grabbed not just one, not two but eight Olympic Medals, he got most of those in World record times!

There has been much said on the phenomenal way that Michael gets through the water. At 6ft 4, he is perfectly shaped for swimming. His long, slim torso allows him to glide through the water with ease, his size four-teen feet act like flippers. Michael eats over 12,000 calories a day but burns most of it up in the forty hours a week that he spends in the pool. One of the most phenomenal things about Michael is that, even with his celebrity and talent, he is considered one of the nicest guys in the sport. With the ending of the Olympic games Michaels star could not be any higher. He is already looking forward to the 2012 London games, having taken part in the Olympic handoff from Beijing to London. It is inevitable, that by the time Micheal is twenty-seven (which he will be at the time of the London games) that he will again be chasing the Olympic Gold, And we will be there to watch him!

chron
Posted by theceelist at 7:00 AM