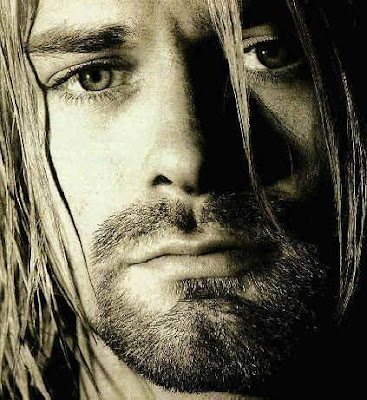 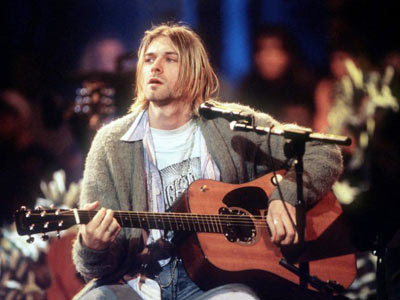 There’s something very American about a death of a rock star. The story of Kurt Cobain’s life and death have that ring to it. The leader of the grunge rock group, "Nirvana", Kurt Cobain lead at times a tortured life.

Born in Seattle in 1967, Kurt’s parents divorced when he was only 7 years old. Their separation had a profound affect on the young Kurt. he felt shunted around from family member to family member and as his rebellious nature grew.Therefore, is parents had less effect on his life. He was a sickly child suffering from frequent bouts of bronchitis and as he became older a chronic undiagnosed stomach complaint.

When Kurt was eleven, he heard the sounds of the "Sex Pistols" and so began his progression to full fledged musician. He had several bands as a teenager, but it was after meeting Kris Novoselic, that the band "Nirvana" was born. With the addition of drummer Dave Grohl, the band line up was complete. Their first album "Bleach" was a moderate success, but it was with the release of their subsequent album "Never mind that Nirvana" was propelled into success. Their song, "Smells like Teen Spirit" was an iconic song for he 90’s. It was during this time that Kurt met Courtney Love (Singer with grunge band Hole) and married her after she was pregnant with their daughter, Frances Bean. Their relationship was tumultuous to say the least. They fought the Los Angeles Department of Child services for custody of their two week old daughter, after she was removed from their home, after it was known that Courtney was using heroin when she was pregnant.

Drug use became a huge part of their lives with Kurt suffering an overdose in Italy. Kurt was becoming more and more disenfranchised with his rock life. He worried that he had sold out to his music integrity, after he discovered a woman was gang raped by two men who sang the lyrics to his song "Polly”. His behavior became more and more erratic and it is at this point that things become to get fuzzy. He went into rehab (which he ran away from.) And on April 8th 1994 he was found dead in an adjacent apartment to his Washington home.The coroner concluded that he had died from a heroin overdose.he was found with three times the lethal limit of heroin in his blood, and a gunshot wound to the head. A private detective hired by Courtney to find him, who feel that Kurt was murdered. All can agree with the death of Kurt, a moment in time that was dedicated to teen spirit had sadly ended.

Posted by theceelist at 7:56 AM