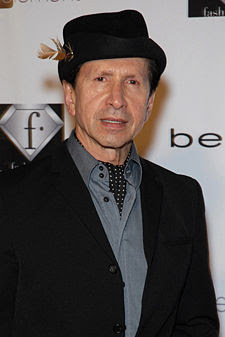 The Bebe brand is a contemporary fashion line that is geared towards the average woman. Giving those clothes that can match higher end lines at a reasonable price.

The Iranian born founder, Manny Mashouf, emigrated to the US as a teenager. He attended San Francisco State university and received a degree in political science., in 1966. He briefly delved into the restaurant business but in the early 70’s began to tap into his love of fashion.

At that time there was a gap in the market as related to women and he saw that. He opened his first Bebe boutique in 1976 and since then the brand has grown to over 240 stores in the US, UK and Canada. It has actually expanded to include babies also.

Manny met his wife, Neda, in one of his Bebe stores when she was putting a leather jacket on layaway! She left her software job when she married him and worked her way up the Bebe ladder—starting as a general buyer and ending as the vice chair. The husband and wife team were formidable. Neda’s eye for fashion helped keep Bebe relevant..

After 14 years of marriage the couple quietly divorced in January 2007. They have two sons who currently work with the Bebe Company.

The Mashoufs worked well together . They also do extensive charity work. In March 2008, Manny hosted a luncheon and fashion show for Make A Wish. He also has donated the largest individual gift in its history , $10 million dollars!

The Bebe line seeks to reach a broader audience in the future. Maybe in 5 years every up and coming woman will own a Bebe piece!mahalo