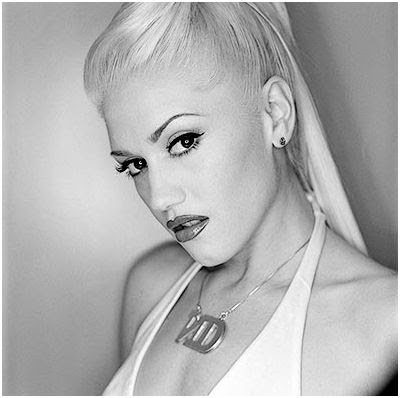 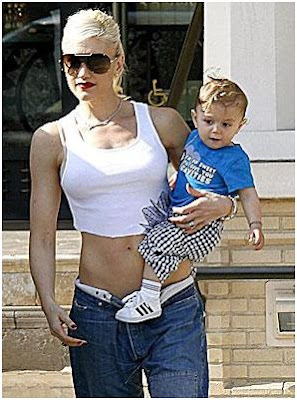 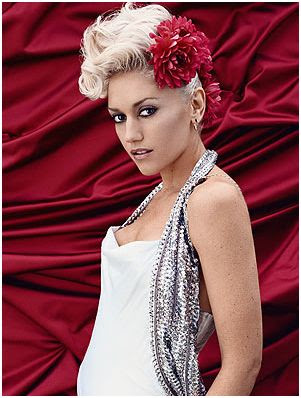 Born in 1969 in California, Gwen didn’t have a childhood dream to be a singer, but at the age of 17 she discovered her older brothers Eric’s. The Specials and Madness albums and she fell in love with the sound of Ska. When Eric said he was going to form a band and asked if Gwen wanted to be part of it, she readily said yes. The band "No Doubt" was formed, comprising of John Spense, Tony Kanal, herself and Eric Stefani. They began honing their sound. Gwen originally shared the mic with Tony, but in 1995 he committed suicide. It devastated the band but Gwen was the glue that pushed the group to stay together, and keep pushing forward.

After playing numerous gigs, No Doubt was signed by Interscope, but their first album was a flop. The second self financed one fared better but they weren’t succeeding at all. It was at this time that Eric Stefani left the band to do animation for The Simpsons. Gwen’s romantic relationship with Tony Kanal ended too. It was the turmoil of that period that led Gwen to write for the third album,"Tragic Kingdom", and the rest is history.

No Doubt released two more albums that were very successful.

After the last No Doubt Album the group disbanded for a while, in order to take a break from each other, and Gwen began her solo career. Her first album was supposed to be an easy laid back affair, but it ended being much more, and pushed Gwen into the lime-light that was an uneasy place to be in, whilst in No Doubt. This was the time where Gwen’s design and personal flair shone the most with the release of her first album.Love.Angel.Music.Baby. Her album was a success as was her new line of fashion and cosmetics.-L.A.M.B.

It was at this time that Gwen met Gavin Rosedale from the British group, "Bush".They had two weddings in 2002. The first was in London and the second in the US. Gwen said that she wanted to wear her wedding dress twice! She had her first son, Kingston, in 2005 and had her second, Zuma , in 2008.She had her second child in 2008 and named him Zuma.

She is currently working on her third album, and there may be a sixth album from No Doubt in 2009.

A lady with style, fashion, character and cool personality :)...love her music :)