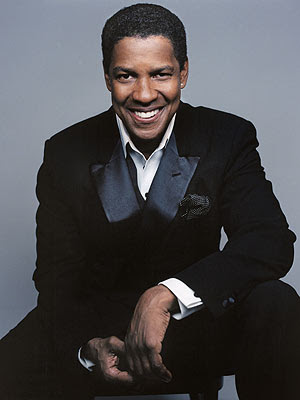 Denzel Washington entered Fordham University in 1972 to begin work on a college degree in pre-medicine. To pay his expenses, he acquired several loans and ran an after-school baby-sitting service at a Greek Orthodox Church in Upper Manhattan. He dropped out of school one semester due to poor grades and worked at the post office and then as a trash collector, but soon returned to Fordham. During a summer job at a camp, he made a recitation on stage that set the direction of his career. He was lauded for his natural acting ability and enrolled in a theater workshop. Changing his career plans, he dropped pre-medicine as a major and embraced journalism. While at Fordham he starred in two student drama productions, The Emperor Jones and Othello. In 1977 he had a professional offer to act in Wilma, the story of track star Wilma Rudolph, a movie made for television. Meanwhile, Washington completed his college degree with a double major in drama and journalism.

Washington took breaks from St. Elsewhere to appear in movies. In 1984 he starred in

Washington's trademark for success in portraying a character has been to learn as much about the individual as possible, including his social, historical, and political environments and displaying physical traits. With this kind of dedication and zeal to be true to the character, Washington has established himself as a leading actor in the movie industry.

Posted by theceelist at 8:40 AM