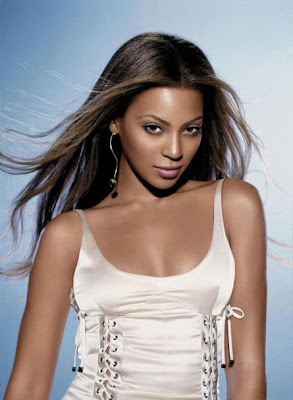 Born on September 4, 1981, to a loving family in Houston, Texas, Beyonce (rhymes with fiance) Giselle Knowles showed an aptitude for music before she could even talk. As a young girl, she would drown out everyone, including the choir, on Sundays at church. Every weekend, she tuned her voice by doing soulful hymns with the congregation and then moved on to opera classes, in which she was classically trained.

A normal childhood was not in the books for Beyonce. At 8 years old, she met LaTavia Robertson while auditioning for a girl musical group and Matthew Knowles, Beyonce's manager and father, later paired the two with LeToya Luckett. In 1992, cousin Kelly Rowland joined the group, and they performed together on Star Search.

Small gigs and much label-shopping later, the four beauties cemented their relationship by calling themselves Destiny's Child. In 1997, "No, No, No" became their first official single, and they got off to a big start as the track went multiplatinum. The girls were instantly popular in the media and impressed all with their self-titled debut.

If critics were impressed with this new R&B group's success, they were absolutely floored when The Writing's on the Wall hit stores in 1999. DC, led by the incomparable Beyonce, had three top 10 hits within the year: "Jumpin, Jumpin," "Say My Name" and "Bills, Bills, Bills." They became one of the best-selling female groups of recent memory after this second album sold more than 9 million units worldwide. At the same time, it was announced that their single "Independent Women Part 1," off the Charlie's Angels soundtrack, had reached the largest audience ever in the recorded radio airplay -- 140.4 million pairs of ears.

Beyonce was no stranger to award nominations in 2007, however, as her role in the musical Dreamgirls (2006) garnered the star her first official nomination as an actress by none other than the prestigious Golden Globes. She was also awarded the International Artist Award at the 2007 American Music Awards.

Beyonce has gained a lot of recognition on AskMen.com. She was voted as the No. 1 Most Desirable Woman of 2007, so it's understandable why she has a high ranking on our Top 99 list of 2008. With fame, and fortune we just can't seem to get enough of Beyonce.

--askmen
Posted by theceelist at 5:42 AM