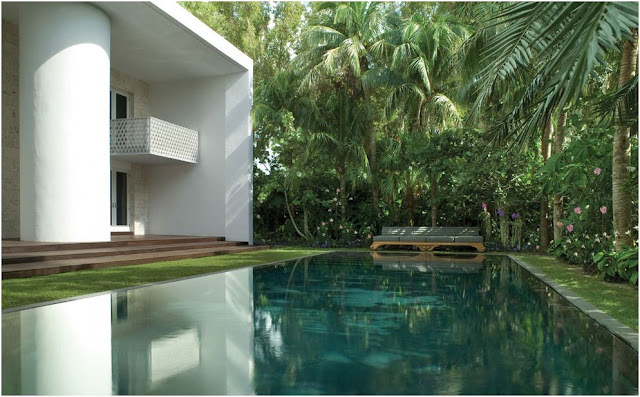 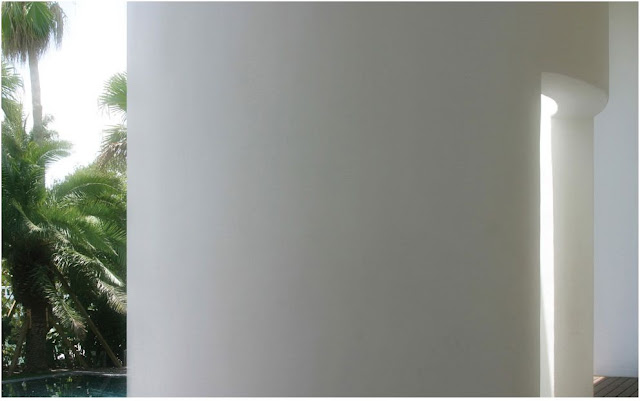 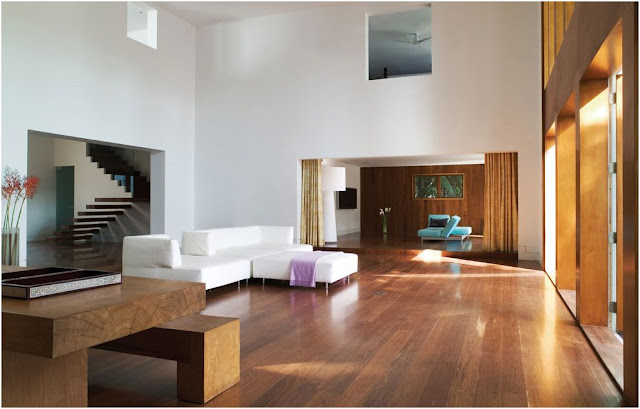 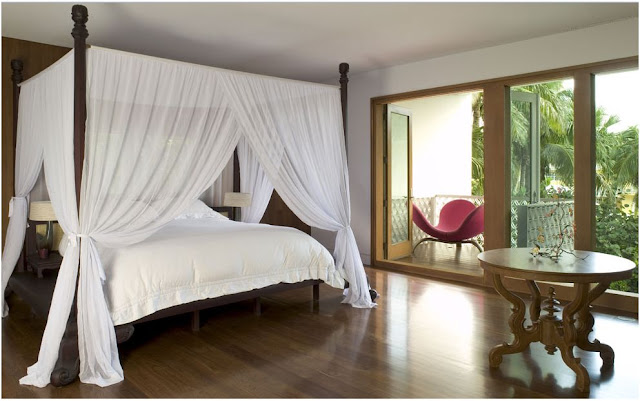 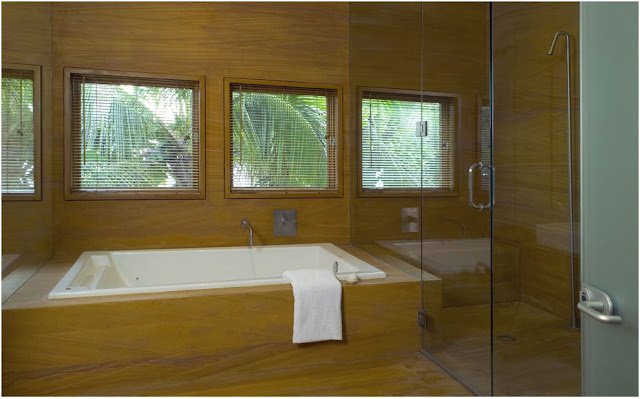 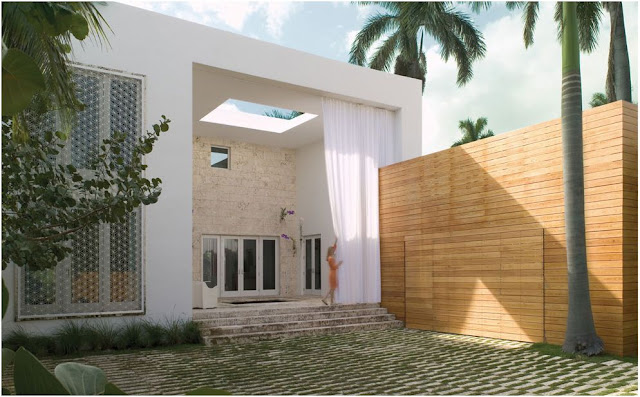 Villa Allegra Miami: Multiple rooms, both interior and exterior, have been added to a non-descript, one-story home transforming it into a receiver of Miami's tropical climate. While the effect is striking, minimal alterations were made to the existing structure.

The house is entered through a 20’x30’x20’ volume where a reflecting pool and oculus align to activate the space with reflection and luminance. A large room organizes the house into private and public realms.

Tremendous spaces with oversized windows overlook the pool and canal. A 60' x 20' x 20' volume, at the rear of the home provides room enclosure for outdoor living. A large circular column contains an outdoor shower open to the sky. By Chad Oppenheim 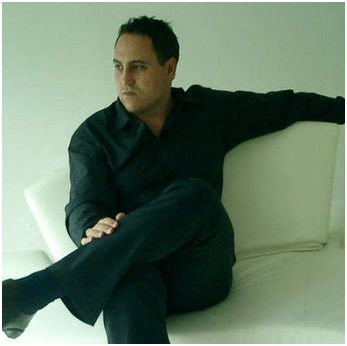 The Miami-based architect, who heads Oppenheim Architecture + Design, initially made his reputation with for-sale multifamily projects that combine a sleek Modernism with the tropical (and hedonistic) atmosphere of their surroundings. While local developers were skeptical at first, the financial success of Oppenheim’s buildings proved that South Florida condos didn’t need to stick with a Mediterranean-Revival look to sell, and the city, and its skyline, haven’t been the same since.continue..businessweek

I really LOVE his philosophy!

Posted by theceelist at 7:40 AM

This guy makes me TOTALLY HAPPY!

He has GOT IT!

I;m going savor this one for a while... COOLBRILLIANCE!

I can imangine myself in a place lk this!

I just looked at his site... his work makes me verrrrrrrryy happy!

A WORK OF ART!