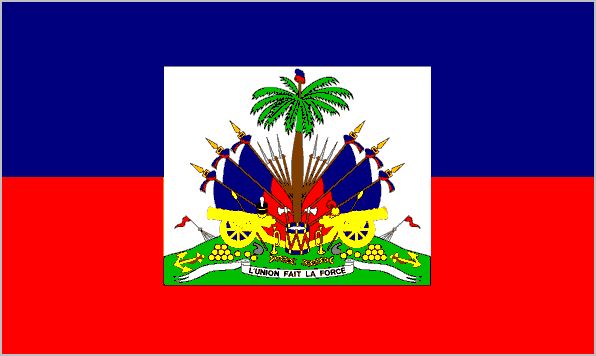 The Spaniards used the island of Hispaniola (of which Haiti is the western part and the Dominican Republic the eastern) as a launching point from which to explore the rest of the Western Hemisphere. French buccaneers later used the western third of the island as a point from which to harass English and Spanish ships. In 1697, Spain ceded the western third of Hispaniola to France. As piracy was gradually suppressed, some French adventurers became planters, making Saint Domingue, as the French portion of the island was known, the "pearl of the Antilles"--one of the richest colonies in the 18th century French empire.

During this period, African slaves were brought to work on sugarcane and coffee plantations. In 1791, the slave population revolted--led by Toussaint L'Ouverture, Jean Jacques Dessalines, and Henri Christophe--and gained control of the northern part of the French colony, waging a war of attrition against the French.  continue...historyofnations

I donated yesterday & (it's fast & easy it only took me three minutes)you guys should too, if you haven't already!

Posted by theceelist at 4:30 PM

Thanks for reminding me Cee...

I made a donation and said a prayer for all those people... hard, hard times ahead...

cool..I know i cant even begin to imagine wht these people r going through..:(

I know Cee... those people already lived in rough conditions!!

I know & the interesting part is its not very far from America.