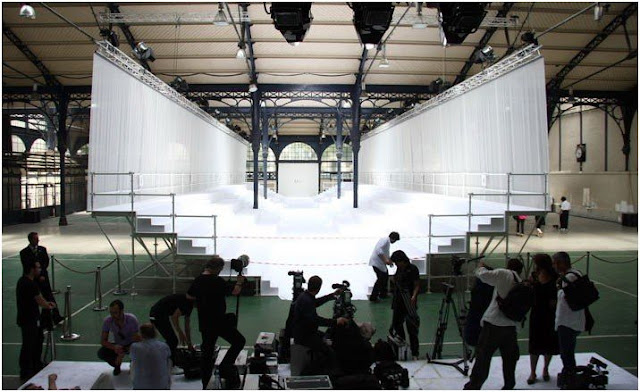 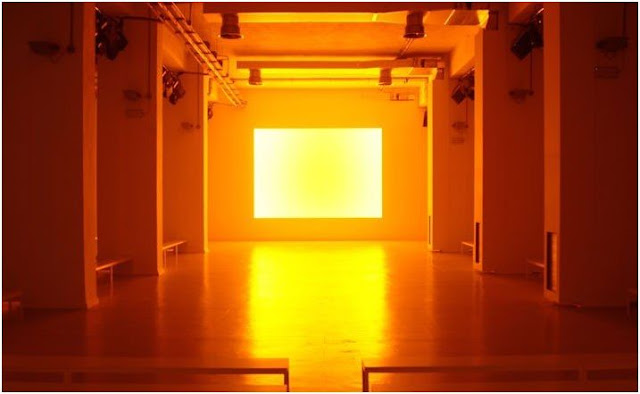 In a giant white gallery space in the outside of Milan, Raf Simons called on lighting designer Thierry Dreyfus to bring him the sun, which he 'captured' within a void on the wall. The idea was to recreate summer sunlight, the hazy orange glow that kissed the models faces. 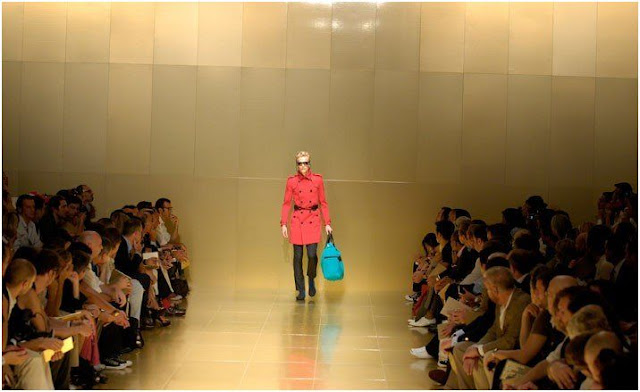 A golden tent with chain mail walls and glossy golden runway, complete with gold linen folding stools and hectares of beige carpet inside and out. 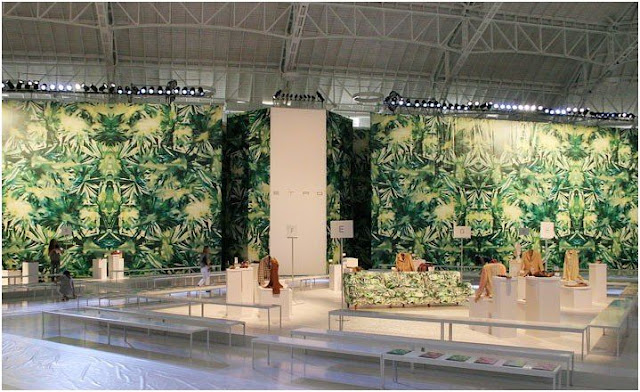 The Ice Palace is a new venue for Etro in Milan. Built in 1923 and covering an area of 6,000 square metres, the Gothic complex was once the largest ice rink in Europe. The building is adorned with the phrase, 'Magazzini refrigeranti e ghiaccio', meaning 'refrigerated warehouses and ice', which gives the venue its fantastical name. The Italian label will dress-up their new venue in a different theme each season, to complement their collections. 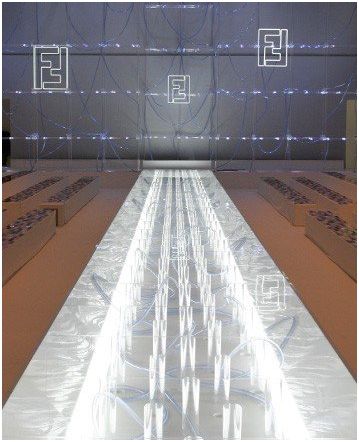 Karl Lagerfeld and Fendi’s executives spent hours deliberating on whether or not to have bubbles inside the transparent glass tubes that snaked their way through the plexiglass scaffolding, at their Milan showspace, a converted garage. 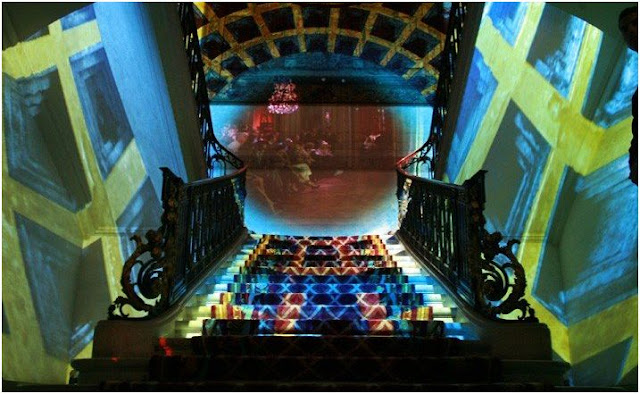 Inspired by the film 'Performance', the show featured projections of images from Swan Lake at the Royal Opera House in London to festivals in New Mexico. 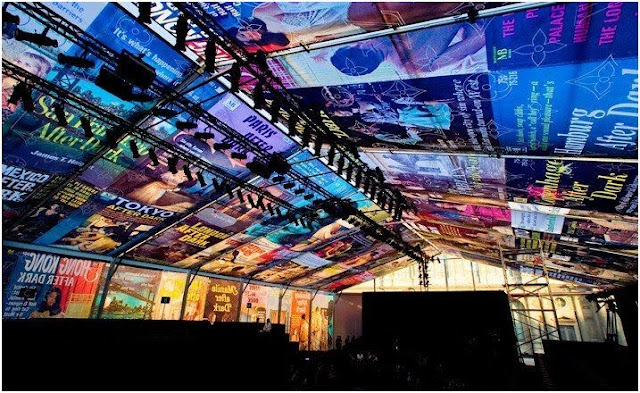 Artist Richard Prince’s Pulp Romance novel covers (such as The French Riviera After Dark and New York After Dark) covered both exterior walls and the interior ceiling of the tent in the Cour Carée du Louvre and inspired the the eclectic and varied collection. 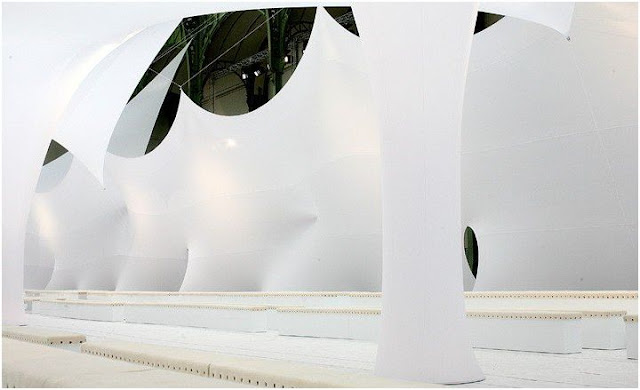 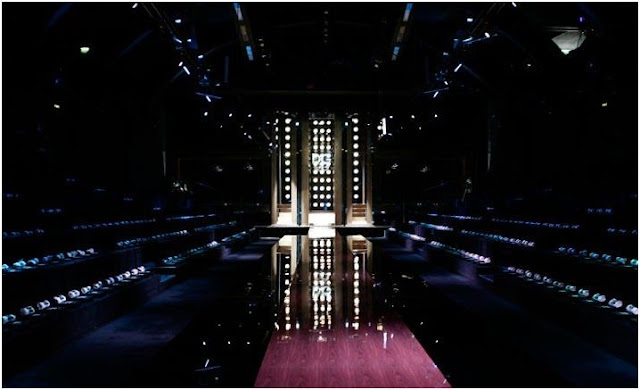 The ex-Metropol cinema, fitted out by Studio Laviani, is the Dolce and Gabbana showspace, where they can make full use of the sets and in particular a giant platform that hydraulically raises models up to the catwalk. 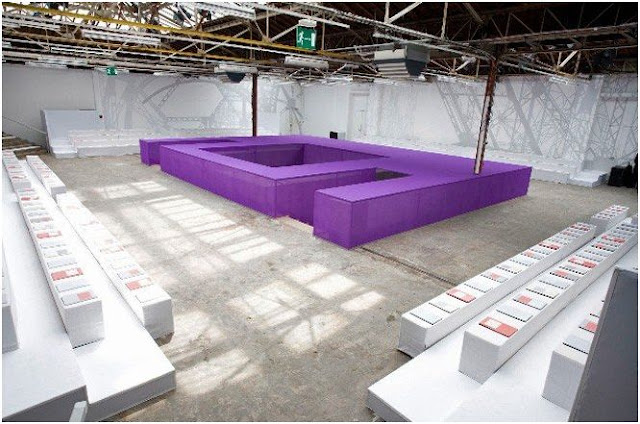 Louis Vuitton
In the Palais de Tokyo models came up from below stairs and walked in a square formation. 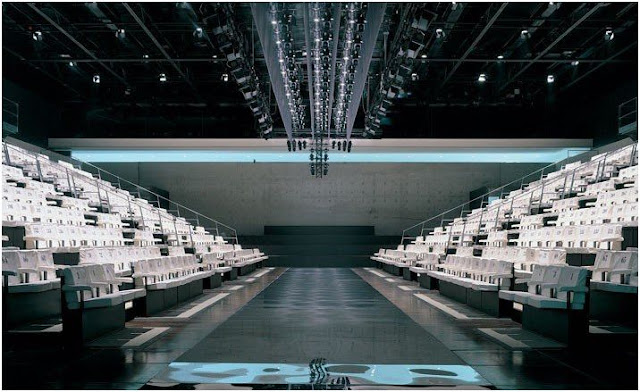 What could be better than a purpose built show space, designed by Tadao Ando? The only show in Milan where you can see the total look from each and every seat. 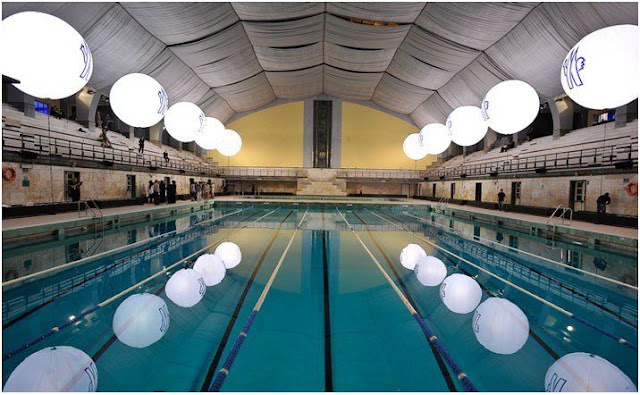 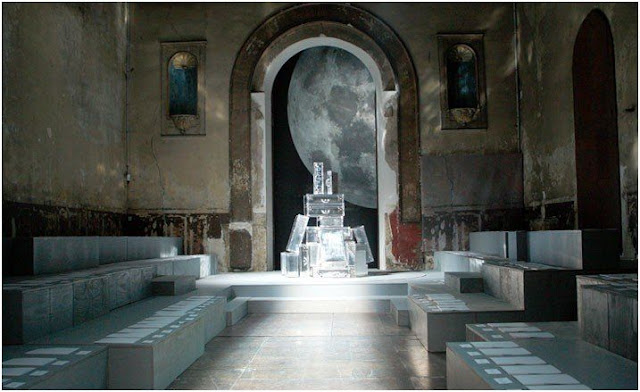 Dunhill
showed in the Recollets building, which has on various occasions in its long history been a military barracks, a weaving mill, a hospice for the elderly and the largest illegal artists' squat in Paris 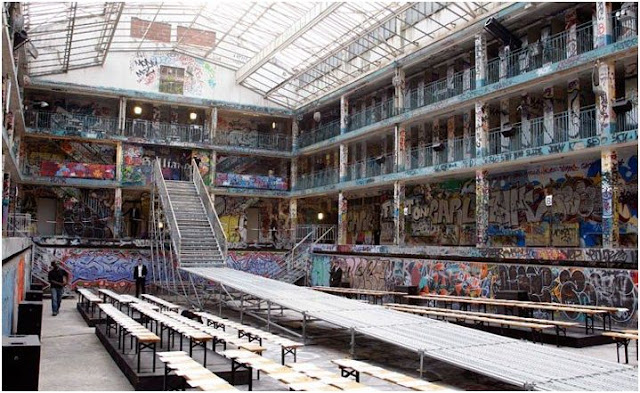 Galliano
chose to show in the abandoned Piscine Molitor in Paris - a haven for graffiti artists and notably the place where the first bikini was worn in 1945. 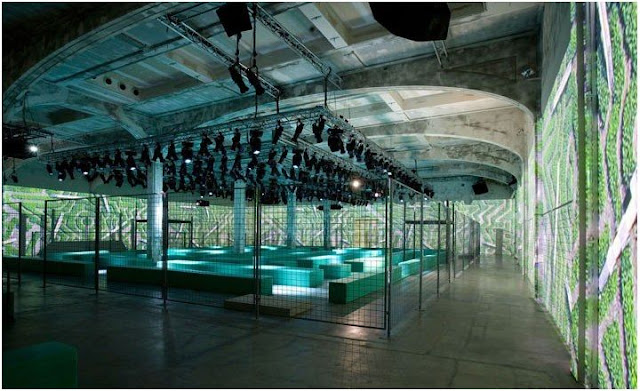 Prada
Prada work with Rem Koolhaas’s OMA, who created a labyrinth from a proper Giardino Italiano or Italian Garden. Guests sat on green foam cubes arranged in a maze within a high fence, beyond the enclosure on the walls were projected digital images of a classical maze made of box cut hedges. The models walked through, prevented from getting lost thanks to large arrows painted on the raw concrete floor. A leveller as everyone got a front row seat. 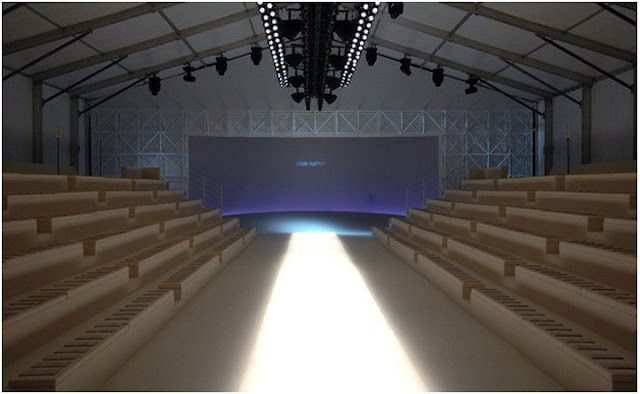 Louis Vuitton, Autumn/Winter 2008
Louis Vuitton
A specially constructed tent built within the Cour Carrée du Louvre had an exposed scaffold-style structure on the outside (continued inside) which contrasted with the softness of the semicircular set. 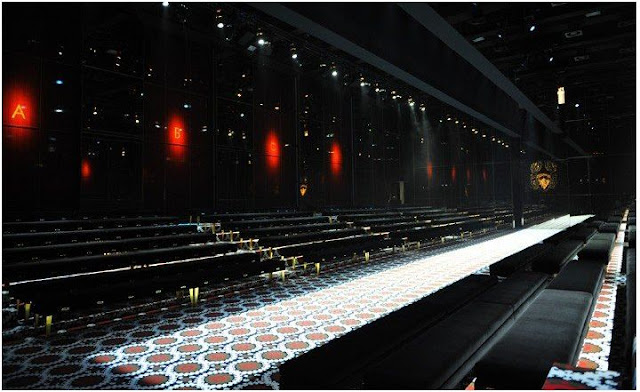 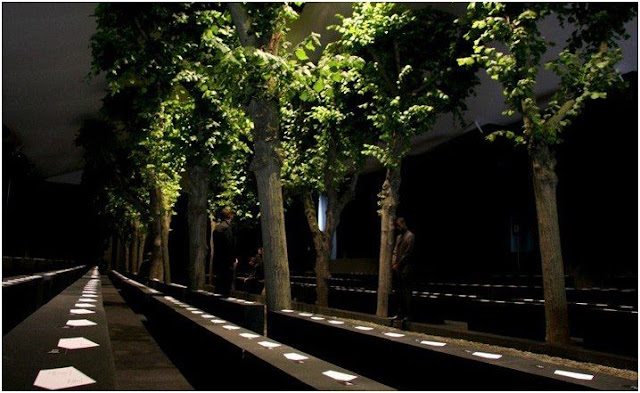 Guys, I think these are cool... ever since I was a child I've always enjoyed decorating..taking a space beautifing it & making a wonderful space .. there r so many diff ways 2 decorate a space 4 me lighting is an important key factor... great space can alter the way u feel:)
Posted by theceelist at 1:35 PM