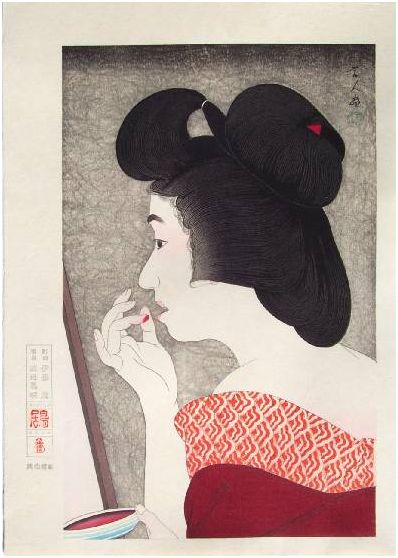 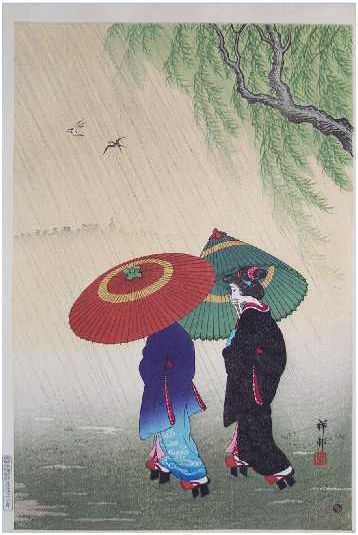 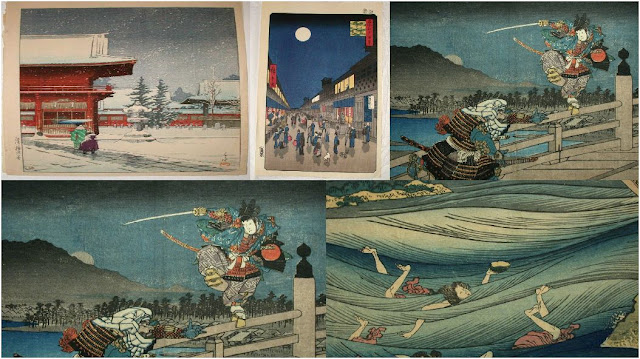 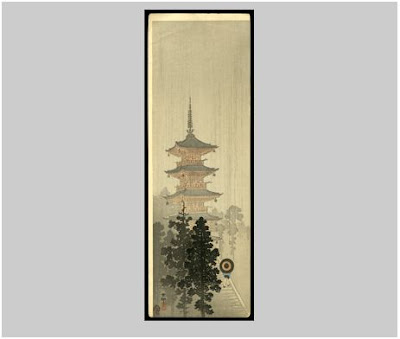 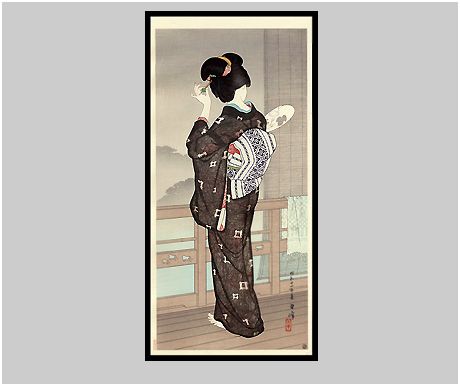 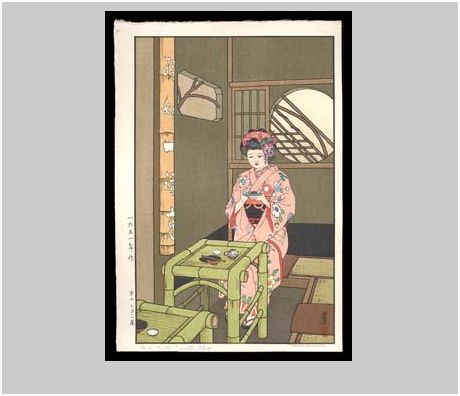 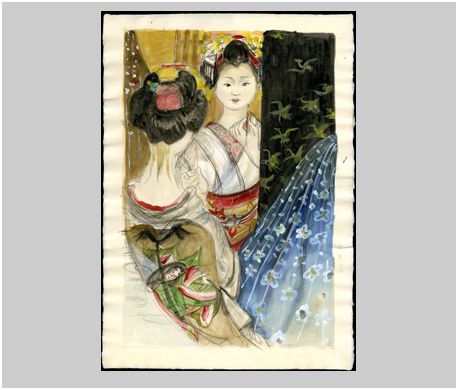 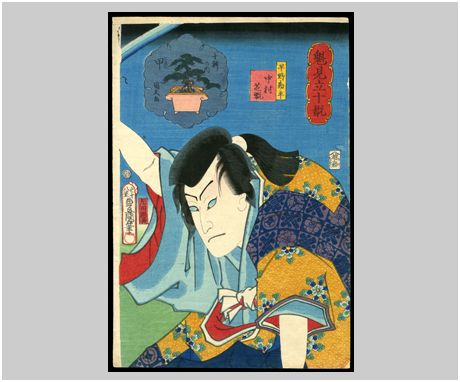 Ukiyo-e scholars generally accept as "original" any impression made during the artist's lifetime from original woodblocks cut from the designs provided by the artist. A "restrike" ("reissue" or "reprint") would be a later impression off the original blocks, although sometimes with fewer color blocks, omission of special printing effects, cheaper papers, or some key block changes (block changes would represent different "states" while printing changes would constitute different "editions" of the original design).
A "copy" or "reproduction" would be an impression from re-cut blocks (that is, not the original blocks) based on the original design. We might exclude as reproductions those few lifetime impressions from recut blocks that were sanctioned by the artist or his publishers, as in cases where the blocks for a popular design were damaged or lost. A few examples exist in Edo-period editions where the faces of actors were replaced or "plugged in" (not necessarily by the original artist), or the heads or hairstyles of courtesans replaced, while the rest of the design remained unchanged. These are considered genuine, but "reissues" of originals, although the block changes certainly make these examples quite different states. Still again, there were relatively uncommon lifetime pirated editions based on genuine designs that were drawn, engraved, and published without the permission of the artist or his publisher. These would not be "original" to the artist who first conceived of the print design, but in ukiyo-e collecting and scholarship, a pirated Edo-period copy is still a genuine, lifetime ukiyo-e print, however much it differs from the original design or fails to fit easily into the category of original prints.
So we might define our terms as follows:
Originals: Prints made during an artist's lifetime from the earliest (original) blocks whose designs were cut from block sketches based on the artist's original drawings. Originals frequently include later reprintings from the original blocks for indefinite periods of time and also include alternate "states" (impressions from the original blocks but with changes or substitutions in one or more of the original blocks). Completely recut blocks are considered original only if they were made during the artist's lifetime to replace lost or damaged blocks.
Reprints: Prints made from the original blocks at various times after the first or earliest editions. "Reprintings" are synonymous with "restrikes" or "reissues." Their value can be highly dependent on how close in time they were issued to the original editions; posthumous impressions from original blocks would, of course, hold far less value than early, lifetime impressions. In ukiyo-e scholarship these terms are not commonly used (they are more frequently encountered in discussions of modern prints), while the terms "early," "middle," and "late" impressions (or editions) are typically used to define the characteristics or quality of original prints.continue...
japaneseprints

Thanks Steins for inlightning me on Ukiyo-e:) The Steins are the ones who assisted me in the Japanese headding for "The Cee List." When I first started this blog is when I decided to learn the Japanese language. The reason I chose japanese is because of my passion for art & I think the Japanese characters are intruiging & artistic!:)

Something SO FINE about these woodblocks...

You're lucky to know Japanese and about these prints... SO COOL!

They r if u hv a chance 2 be sure 2 vivit a gallery..theres this Ukioyo-e in japan ill post it i 4got 2!

Japanese..Im not fluent yet..I was so unfoccused last year..not anymore hopefully:) I do know a bit though.