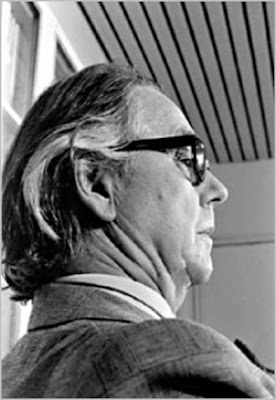 Vasarely is widely regarded as the father of Op-Art.
He is a major master of 20th century art.
His paintings are in the permanent collections
of many important museums around the world.
During the 1960’s and 70’s his optical images became part of the popular culture, having a deep impact on architecture, computer science, fashion, and the way we now look at things in general.  Even though he achieved great fame he insisted on making his art accessible to everyone. His motto was “Art for all”. 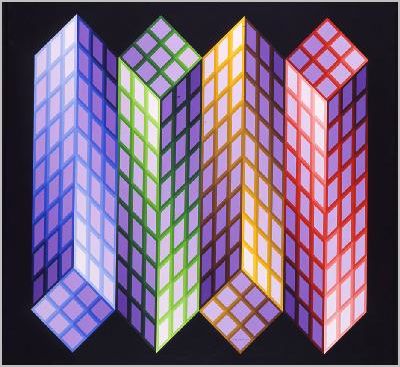 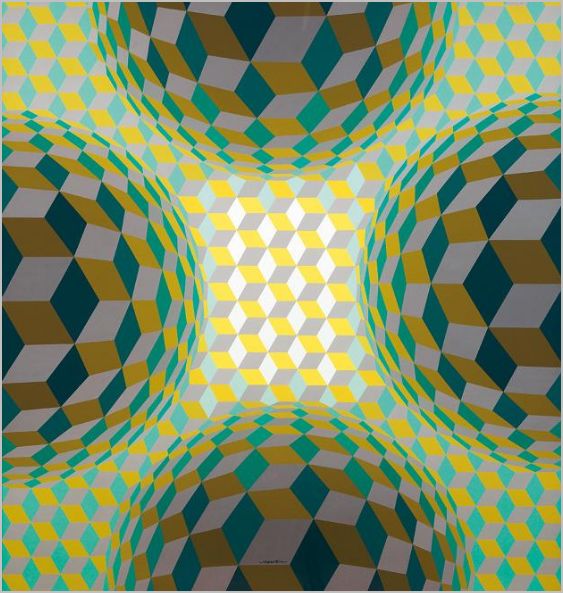 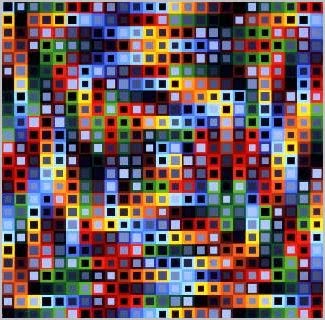 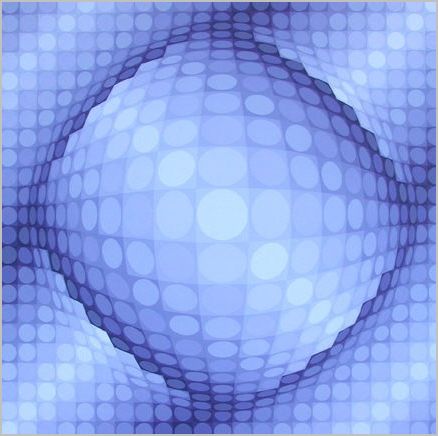 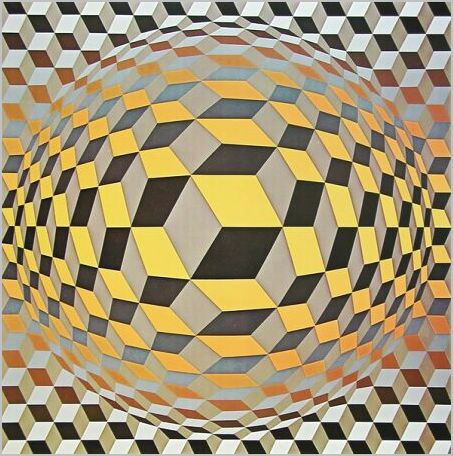 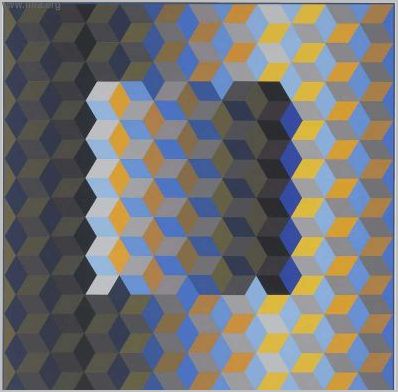 I wish I could be more disciplined... I'm trying... artists that create such great bodies of work are an inspiration...

Hope you are having a good time girlfriend... ImissU!!!