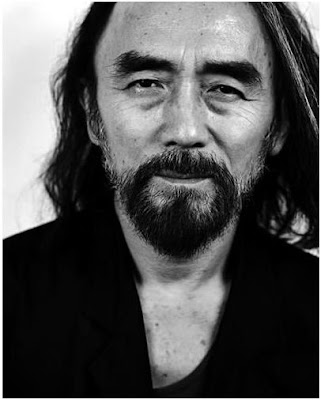 Yōji Yamamoto (山本 耀司, Yamamoto Yōji), is an internationally known Japanese fashion designer based in Tokyo and Paris.Born in Tokyo, Yamamoto graduated from Keio University with a degree in law in 1966. His further studies in fashion design at Bunka Fashion College led to a degree in 1969.

Yamamoto became an influential fashion designer after making his Paris debut in 1981. His commercially successful main lines, Yohji Yamamoto (women/men) and Y's, are especially popular in Tokyo. These two lines are also available at his flagship stores in New York, Paris, and Antwerp, and at high-end department stores worldwide. Yohji Yamamoto Inc. reported in 2007 that the sales of Yamamoto's two main lines average above $100 million annually.

Yamamoto is known for an avant-garde spirit in his clothing, frequently creating designs far removed from current trends. His signature oversized silhouettes in black often feature drapery in varying textures.

Yamamoto's work has also become familiar to consumers through his collaborations with other fashion brands, including Adidas (Y-3), Hermès, Mikimoto and Mandarina Duck; and with artists of different genres, such as Sir Elton John, Placebo, Takeshi Kitano, Pina Bausch and Heiner Müller.

In the late 1980s and early 1990s, Yamamoto was involved a relationship with fellow Japanese avant-garde fashion designer Rei Kawakubo.

Posted by theceelist at 7:32 AM

Collaborations are cool... he got to work with some excellent artists...