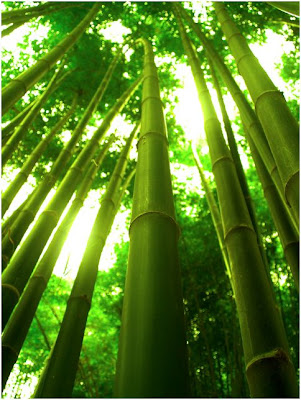 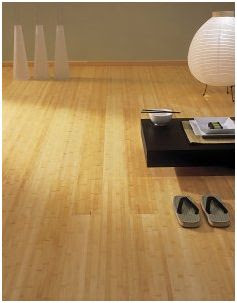 Bamboos listen (help·info) is a group of woody perennial evergreen (except for certain temperate species) plants in the true grass family Poaceae, subfamily Bambusoideae, tribe Bambuseae. Some are giant bamboos, the largest members of the grass family. Bamboos are the fastest growing woody plants in the world. Their growth rate (up to 60 centimeters (24 in.)/day) is due to a unique rhizome-dependent system, but is highly dependent on local soil and climate conditions.

They are of economic and high cultural significance in East Asia and South East Asia where they are used extensively in gardens, as a building material, and as a food source.

There are more than 70 genera divided into about 1,000 species.[1] They are found in diverse climates, from cold mountains to hot tropical regions. They occur across East Asia, from 50°N latitude in Sakhalin through to Northern Australia, and west to India and the Himalayas.[2] They also occur in sub-Saharan Africa, and in the Americas from the Southeastern United States[3] south to Argentina and Chile, reaching their southernmost point anywhere, at 47°S latitude. Major areas with no native bamboos include Europe and Antarctica.

Posted by theceelist at 6:22 AM

I saw bamboo as scaffold for very tall buildings in Asia... I couldn't believe such heavy materials were resting so high up on such thin supports...

I have wood floors.. I pulled the carpet up The floors are really nice and golden.