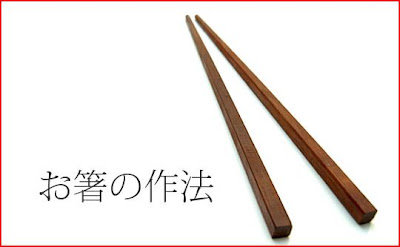 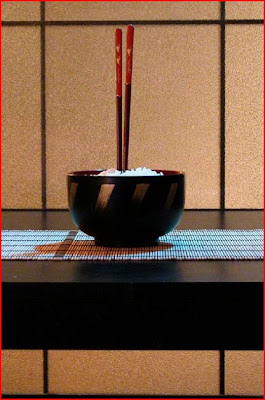 Chopsticks come in many different forms. Bamboo tends to be the most popular material to make them from. There is lots of it in Asia, it is easy to split and it is especially resistant to heat. Other popular materials were wood and bone, and chopsticks made of precious metals were not uncommon among the wealthy. It was believed that silver chopsticks would turn black upon contact with poisoned food, although this has since been disproved.

Chinese chopsticks are called Kuai-Zi, which means “quick little fellows”. They are typically 9 to 10 inches long, rectangular in shape, with blunt ends. Japanese chopsticks originally resembled tweezers made from bamboo, with the two pieces joined together at one end. By the 10th century they became two separate pieces. They are slightly shorter than their Chinese counterparts (7 to 8 inches long), are typically rounded and taper to a point.

It has been said by using chopsticks it improves memory, increases finger dexterity and can be useful in learning and improving skills such as Chinese character printing and brush painting. Many Asian superstitions revolve around chopsticks as well. For example, if you find an uneven pair at your table seating, it is believed that you will miss the next train, boat or plane you are trying to catch. Also, dropping your chopsticks is a sign of bad luck to come.

Posted by theceelist at 6:30 AM

Chinese tend to use them as shovels... ha ha ha Cee...

Chinese tend to use them as shovels... ha ha ha Cee... huh

I dnt know about that 1

These wooden eating utensils may be either round or square. Some are engraved with colored pictures or calligraphy for decoration. Ordinary ones used in Chinese homes are made of wood or bamboo. Those used for banquets are often made of ivory, and gold ones belonged only to the royalty and aristocracy.