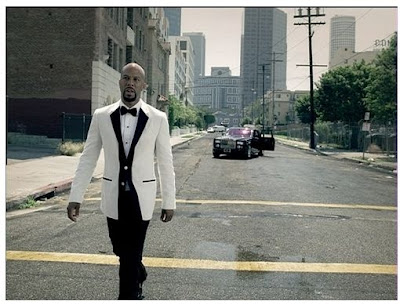 Common (originally Common Sense) was a highly influential figure in rap's underground during the '90s, keeping the sophisticated lyrical technique and flowing syncopations of jazz-rap alive in an era when commercial gangsta rap was threatening to obliterate everything in its path. His literate, intelligent, nimbly performed rhymes and political consciousness certainly didn't fit the fashions of the moment, but he was able to win a devoted cult audience. By the late '90s, a substantial underground movement had set about reviving the bohemian sensibility of alternative rap, and Common finally started to receive wider recognition as a creative force. Not only were his albums praised by critics, but he was able to sign with a major label that guaranteed him more exposure than ever before.

mtv
Posted by theceelist at 7:11 AM

I like that he doesn't try to be extraordinary... he's a cool common cat...Thanks again Cee...