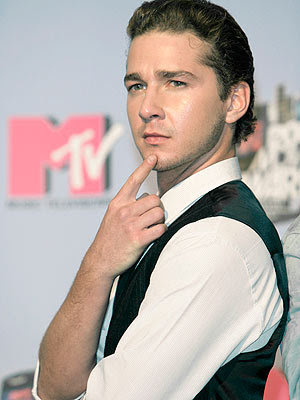 Shia Saide LaBeouf was born June 11, 1986, in Los Angeles, California, to Jeffrey LaBeouf and Shayna Saide, and is an only child. His parents are divorced, and he lives with his mom in Los Angeles. He started his career by doing stand-up comedy around places in his neighborhood, such as coffee clubs. One day, he saw a friend of his acting on "Dr. Quinn, Medicine Woman" (1993), and wanted to become an actor. Shia and his mom talked it over, and the next day he started looking for an agent. He searched in the yellow pages, called one up, and did a stand-up routine in front of him. They liked him and signed him, and then he started auditioning. He's well known for playing Louis Stevens in the popular Disney Channel series "Even Stevens" (2000) and has won a Daytime Emmy for his performance.

Guys, I'm a Shia fan. I use to watch Evan Stevens. & I like all the movies he plays in. Megan Fox describes him as persuasive smooth talker & says it was very difficult not falling in love with him...LOL

Posted by theceelist at 8:04 AM

He has this clever & confident with a edge lil thing going..

remember that x he trespassed in Chicago on Michigan ave..& went 2 jail i think.. I was like aw man i missed him...lol