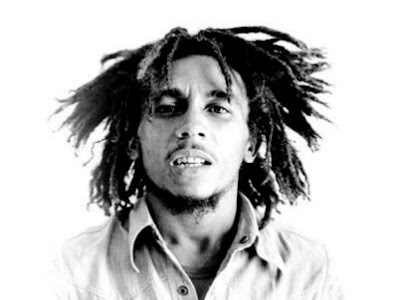 Bob Marley was born on February 6, 1945. Brilliant and evocative music Bob Marley gave the world; music that stretches back over nearly two decades and still remains timeless and universal. Marley has been called "the first Third World superstar," "Rasta Prophet," "visionary," and" "revolutionary artist." These accolades were not mere hyperbole. Marley was one of the most charismatic and challenging performers of our time.

Bob Marley's career stretched back over twenty years. During that time Marley's growing style encompassed every aspect in the rise of Jamaican music, from ska to contemporary reggae. That growth was well reflected in the maturity of the Wailers' music.

Bob Marley was a hero figure, in the classic mythological sense. His departure from this planet came at a point when his vision of One World, One Love -- inspired by his belief in Rastafari -- was beginning to be heard and felt. The last Bob Marley and the Wailers tour in 1980 attracted the largest audiences at that time for any musical act in Europe.

Bob's story is that of an archetype, which is why it continues to have such a powerful and ever-growing resonance: it embodies political repression, metaphysical and artistic insights, gangland warfare and various periods of mystical wilderness. And his audience continues to widen: to westerners Bob's apocalyptic truths prove inspirational and life-changing; in the Third World his impact goes much further. Not just among Jamaicans, but also the Hopi Indians of New Mexico and the Maoris of New Zealand, in Indonesia and India, and especially in those parts of West Africa from which slaves were plucked and taken to the New World, Bob is seen as a redeemer figure returning to lead this.

Bob Marley never wrote a bad song. He left behind the most remarkable body of recorded work. The tiny Third World country of Jamaica has produced an artist who has transcended all categories, classes, and creeds through a combination of innate modesty and profound wisdom. Bob Marley, the Natural Mystic, may yet prove to be the most significant musical artist of the twentieth century.

Posted by theceelist at 7:36 AM

Thanks for sharing, indeed Marley was a true legend. Next you'll have to one day post up, Marvin gaye, LOVE his greatest hits: smooth & timeless :O)