Along the Slave Trade Coast

I just want to share this . There's nothing chic about this. 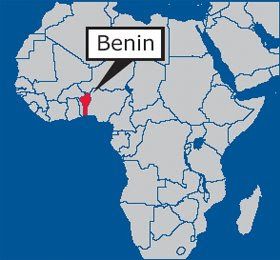 When the Portuguese first sailed down the Atlantic coast of Africa in the 1430's, they were interested in one thing. Surprisingly, given modern perspectives, it was not slaves but gold. Ever since Mansa Musa, the king of Mali, made his pilgrimage to Mecca in 1325, with 500 slaves and 100 camels (each carrying gold) the region had become synonymous with such wealth. There was one major problem: trade from sub-Saharan Africa was controlled by the Islamic Empire which stretched along Africa's northern coast. Muslim trade routes across the Sahara, which had existed for centuries, involved salt, kola, textiles, fish, grain, and slaves.

As the Portuguese extended their influence around the coast, Mauritania, Senagambia (by 1445) and Guinea, they created trading posts. Rather than becoming direct competitors to the Muslim merchants, the expanding market opportunities in Europe and the Mediterranean resulted in increased trade across the Sahara. In addition, the Portuguese merchants gained access to the interior via the Senegal and Gambia rivers which bisected long-standing trans-Saharan routes.

The Portuguese brought in copper ware, cloth, tools, wine and horses. (Trade goods soon included arms and ammunition.) In exchange, the Portuguese received gold (transported from mines of the Akan deposits), pepper (a trade which lasted until Vasco da Gama reached India in 1498) and ivory.

There was a very small market for African slaves as domestic workers in Europe, and as workers on the sugar plantations of the Mediterranean. However, the Portuguese found they could make considerable amounts of gold transporting slaves from one trading post to another, along the Atlantic coast of Africa. Muslim merchants had an insatiable appetite for slaves, which were used as porters on the trans-Saharan routes (with a high mortality rate), and for sale in the Islamic Empire.

The first of the major European trading 'forts', Elmina, was founded on the Gold Coast in 1482. Elmina (originally known as Sao Jorge de Mina) was modelled on the Castello de Sao Jorge, the first of the Portuguese Royal residence in Lisbon. Elmina, which of course, means the mine, became a major trading centre for slaves purchased along the slave rivers of Benin.

By the beginning of the colonial era there were forty such forts operating along the coast. Rather than being icons of colonial domination, the forts acted as trading posts - they rarely saw military action - the fortifications were important, however, when arms and ammunition were being stored prior to trade.

Posted by theceelist at 5:50 AM

I don't know much about Africa and very little about the history of gold or slavery... it's interesting to think about how man's desire for gold has moved history so much... Elmina...

And slavery...it's hard to have any conception of it... I think I might value liberty more if I had tasted slavery...

Thanks for the history.

I've found myself for some reason (lately) wanted to look into these short of topics, but it's ALWAYS something else, for me to find them.

I'm going to incorporate some history every so often.