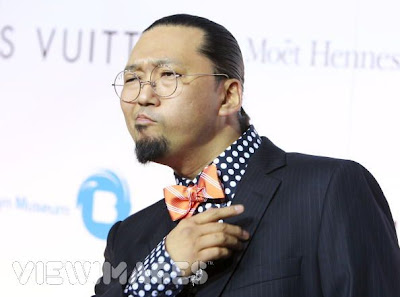 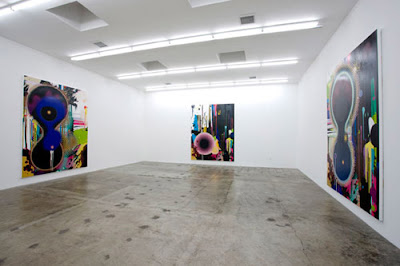 More Than an Artist. More than Japan. He is a constantly evolving production. Bizarre Yet Elegant. Blurring the fine line between commercialism and art . Making commercialism a sought after art form...No one can deny Murakami a place as an Icon in our generation.

Raised in Tokyo, a place where he credits as having the energy that forces an artist to create in the “now,” he seems to be unstoppable. From Tokyo to Louis Vuitton…he continues to firmly plant his ideas on the world at large. Bringing the passion of animation to the public through his own creation…Superflat!

Using sculptures, canvas and even commercial products, there is no doubt that he is the forerunner of his genre and a true pioneer of Individuality. His very modern Panda signature placed on the classic style of a Louis Vuitton bag has to be the mark of a genius, if not an avant garde thinker such as Murakami.

Recognized as one of the forerunners to a new generation of artists and one of the most influential....he plays curator twice a year to young Japanese artists..It’s clear to see that we have not seen the best of what the Takashi production factory has to give.

Posted by theceelist at 3:15 AM