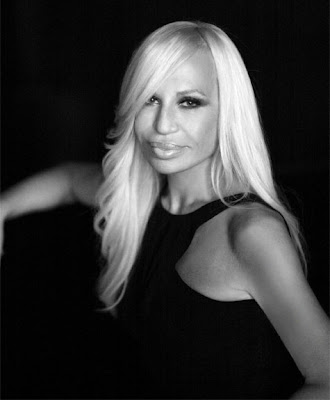 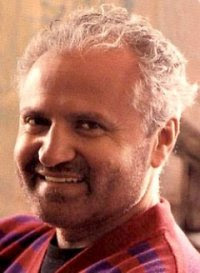 Born in 1955...the youngest of four children, Donatella Versace has proven to have the natural talent that is needed in running a dynamic Fashion House such as "The House of Versace."

Famously having to step up to take the reigns of her murdered brother, Gianni…Donatella has proved that beauty and brains can work together in creating true fashion.

Playing muse and confidante to her brother Gianni…Donatella moved to Milan in order to help him establish "The House of Versace" fashion.

A fashionista in her own right, Donatella was content on playing a supporting role to her brothers more flamboyant role as head designer. His shooting death in 1997 changed everything. She said the only time she felt like giving everything up was after her beloved brother’s murder.

She regrouped with her family on the Caribbean and went on to forge a new path for Versace post Gianni's murder.

At a time the company was losing direction. Donatella brought a fresh outlook and realigned the business model.

She was the first to use celebrities to sell clothes. Notable celebrities that have worn Versace include Britney Spears, Madonna and Brad Pitt. Who can forget the green Versace Dress that Jennifer Lopez wore at the Emmy Awards? It epitomized what the Versace brand is known for –feminine sexuality and old school glamor.

Donatella says that the power suits and harshness of women in the 80’s was a grave mistake. She believes that being feminine and displaying it should not prevent a woman from moving ahead in her field.

Through her work,Donatella has proved that anyone can be someone if they put their mind to it.

It’s clear that Donatella has grown to become a gifted designer in her own right.

Previously married to the American model Beck…Donatella has two children. She famously has been lampooned on Saturday Night live for her previous drug use and notoriously over the top personality. Donatella has worked hard to push the Versace brand back on top.

Danatella and the family has truly kept Gianni's legacy alive. And how many family members would that?!

Posted by theceelist at 3:05 AM