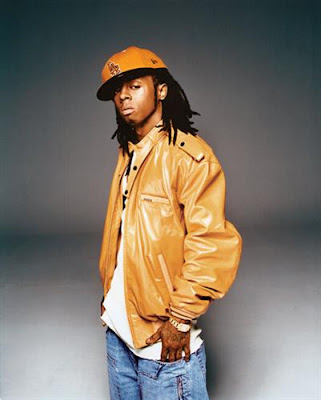 At times called the Al Green of hip hop..At others deemed controversial, Lil Wayne a.k.a. Weezy, is probably better known for his sure lyrics rather than for his charity work.

But there is more to him than meets the eye.

Born In New Orleans as Dwayne Michael Carter Junior in 1983…Lil Wayne was noticed for his academic ability and won a place in the school's gifted program.

He was a wild child. Selling dope and once even accidentally shooting himself in the chest with his mother's gun….There’s no doubt that Lil Wayne doesn’t do anything in halves. A chance meeting with Cash Money at the age of 11 was the start of his rise as Rap's Superstar.

By the age of 14 he was given his first recording contract and subsequently dropped out of school. By 16 he had his first child with his high school sweetheart. They got married, but due to perhaps their youth, they divorced soon after.

His rise to fame culminated with his album, entitled “Tha Carter”, that placed the crown of King of Southern Rap firmly on his head. The ability to rhyme and never write down his lyrics has set Weezy apart from the rest.

Little Wayne has proven to be a controversial artist because of his love (and some say addiction) for a drink known as syrup. His past arrests and pending cases have left a minor shadow over Lil Wayne.

Maybe with the formation of his newest charity, One Family, public perception of Lil Wayne will change for the better. The foundation is geared towards urban youth. It seeks to develop their creative skills. Seeking to engage, educate and motivate…the foundation is in its beginning stages, but it will definitely help the urban youth to excel using Lil Wayne as their role model.

Their first project has been restoring a Katrina damaged athletic field in his home town. Students from his former high School in New Orleans designed the logo for his One Family Foundation.

Lil Wayne is currently studying for a psychology degree.

He may be called crazy, weird and even genius but it's clear that we haven’t heard the best from Weezy.

Nice to hear he went back to school! He's making a difference with this charity, he gets my props for that!