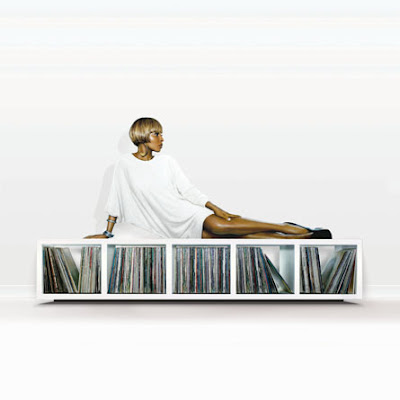 Mary burst onto the scene in 1992 with her debut album, "What’s the 411." We knew that a new star had been found in this young girl from Yonkers, NY.

With her powerful voice coupled with raw emotions …she forced us to look into ourselves and face our deepest fears. Mary sung to us and told us of her struggles with alcohol and love. We cried with her and laughed with her. Mary’s songs formed the back beat for many of her fans lives.

With her cry for "No More Drama"…Mary made it clear that she wasn’t going to stand for or accept any more nonsense in her life. A new vision and way of living was Mary’s way of turning her early dysfunction around. She replaced her management and changed her way of thinking. Love and subsequent marriage with Kendu Issacs gave Mary the emotional peace that she vocally sought.

Mary’s philosophy when it comes to charity is simple. She says giving money is easy when the money is going to be spent on things but if you give the ability to make changes and maintain those changes then you empower people to be better.

So it is of no surprise that Mary has created a charity especially for young woman. The main focus is to create confidence and empowerment for the younger generation. Operating under the pseudonym FFAWN (Foundation For the Advancement of Women Now). The foundation that Mary set up with Steve Stoute is in its infantile stages, but it fills a void that is sorely needed.

Her foundation is currently working to open a center in Yonkers which will be aimed at women of all ethnic and religious backgrounds. The center will be aptly named The Mary J. Blige Center for Women.

There is definitely no more drama in Mary’s life. Just positivity and love.