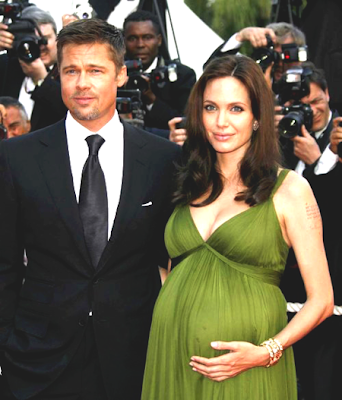 There is no doubt that Angelina Jolie and Brad Pitt have risen to become a Powerhouse couple when it comes to giving in charity. In 2006 the couple donated over $8 million directly to help those in need.

Angelina and Brad have the created the ultimate Trojan horse by actively selling the first pictures of their first natural daughter Shiloh for $10 million and donating the entire proceeds to charity. It is an ingenious way to raise money and awareness at the expense of the medias craving for exclusivity.

It says a lot about the medias fascination with this unusual family but volumes more about the sincerity that the couple has when it relates to philanthropy.

Born in Oklahoma and raised in Springfield, Mo…Bradley William Pitt didn’t seem to be destined to Hollywood celebrity but his love for movies took him to Los Angeles...only two weeks before graduating from college. Often seen as an example of what good looks and celebrity could do…Brad's star rose rapidly but it's clear that his relationship with Angelina heralded the start of his active social campaigning.

Angelina and Brad have chosen to embrace their personal need to help others by adopting children of various races and ethnicities.

Angelina’s work for children began in 2001 with her first visit to Cambodia. She was amazed at how hard life was for children and went to the UNCHR in order to see and learn more.

She was subsequently named Goodwill Ambassador for the United Nations.

It was in Cambodia that she adopted her first son, Maddox.

After her relationship with Brad Pitt became more substantial (He later adopted Maddox.) they went on to adopt two more children…Zaharah from Ethiopia and Pax from Vietnam. They have one biological daughter Shiloh and currently await the birth of their twins. It’s clear that their love for their children motivates them in every way.

It’s clear that children are a focus for Jolie and Pitt. They have put their heart and soul into campaigning for the rights of children and formed the Jolie/Pitt foundation in order to facilitate that need.

Posted by theceelist at 8:05 AM

Very nice touch on the article of these 2 "Forever Lovebirds" :) Indeed, Jolie and Brad Pitt are NOT only to be considered as role models/lovers and forever the STAR couple (besides Jada and Will...I had to throw them in there) but also good parents that set GREAT examples for their children far as what FAMILY is really suppose to be. Proving you can have a REAL life outside of HOLLYWOOD and still LIVE life to it's fulliest :) Best part about them they sinderely LOVE, respect and cherish each others values, opinions and thoughts...pure LOVE.
http://anothergoodthought.blogspot.com