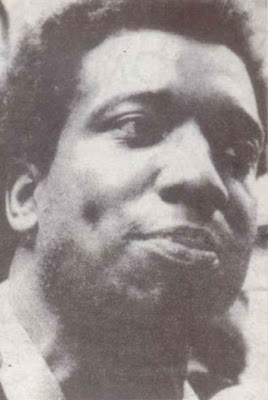 Fred Hampton was born in Chicago in 1948 and grew up in Maywood, a suburb of the city. A bright student, Hampton graduated from Proviso East High School in 1966 before enrolling at Triton Junior College where he studied law.

While a student Hampton became active in the civil rights movement. He joined the National Association for the Advancement of Coloured People (NAACP) and was appointed leader of the Youth Council of the organization's West Suburban branch.

Hampton founded the Chicago chapter of the Black Panther Party in November 1968. He immediately established a community service program. This included the provision of free breakfasts for schoolchildren and a medical clinic that did not charge patients for treatment. Hampton also taught political education classes and instigated a community control of police project.

One of Hampton's greatest achievements was to persuade Chicago's most powerful street gangs to stop fighting against each other. In May 1969 Hampton held a press conference where he announced a nonaggression pact between the gangs and the formation of what he called a "rainbow coalition" (a multiracial alliance of black, Puerto Rican, and poor youths).

Later that year Hampton was arrested and charged with stealing $71 worth of sweets, which he then allegedly gave away to local children. Hampton was initially convicted of the crime but the decision was eventually overturned.

The activities of the Black Panthers in Chicago came to the attention of J. Edgar Hoover and the FBI. Hoover described the Panthers as "the greatest threat to the internal security of the country" and urged the Chicago police to launch an all-out assault on the organization. In 1969 the Panther party headquarters on West Monroe Street was raided three times and over 100 members were arrested.

In the early hours of the 4th December, 1969, the Panther headquarters was raided by the police for the fourth time. The police later claimed that the Panthers opened fire and a shoot-out took place. During the next ten minutes Fred Hampton and Mark Clark were killed. Witnesses claimed that Hampton was wounded in the shoulder and then executed by a shot to the head.

The panthers left alive, including Deborah Johnson, Hampton's girlfriend, who was eight months pregnant at the time, were arrested and charged with attempting to murder the police. Afterwards, ballistic evidence revealed that only one bullet had been fired by the Panthers whereas nearly a hundred came from police guns.

After the resignation of President Richard Nixon, the Senate Intelligence Committee conducted a wide-ranging investigation of America's intelligence services. Frank Church of Idaho, the chairman of the committee, revealed in April, 1976 that William O'Neal, Hampton's bodyguard, was a FBI agent-provocateur who, days before the raid, had delivered an apartment floor-plan to the Bureau with an "X" marking Hampton's bed. Ballistic evidence showed that most bullets during the raid were aimed at Hampton's bedroom.

Hoover was evil... I admire Fred Hampton for helping the people... amazing...

He challenged the status quo and they killed him... I can appreciate how powerful institutions try and retain power... its spooky...but I feel like if I stay in light I'm safe... :)