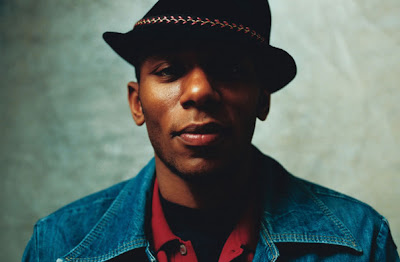 One of Brooklyn’s most creative sons, Mos Def is certainly one of the best known rappers to come out of the borough. Born Dante Terrell Smith in December 1973, .His rap moniker was born years later in the streets of Brooklyn. With the posturing and bravado of the early rap game, t’s not surprising that he would crown himself the Most Def (Meaning the Best). He has emerged as one of the most conscientious rappers in the game. He converted to Islam at the age of 19 along with his two younger brothers on the behest of his father.

Mos began rapping at the age of 9. He formed his first group with his younger brother, Urban Thermo Dynamics and in 1994 released his first record with the group. He went on to join the Native tongues family that was founded by Afrika Bambata. It included the likes of a Tribe called Quest and De La Soul. He guest starred on a few of their records but used the opportunity to be within a rap clique to hone his lyrical skills. He joined forces with Talia Kweli and formed the group Black Star. With the release of their first album in 1998.Mos quickly became known for his freestyle skills and his positive lyrics.

Not content with success in music, Mos has branched into acting and has built an impressive list of movie credits that include, Be Kind Rewind, The Italian job, 16 Blocks, Journey to the end of the earth, Monsters Ball among others. His television credits include playing side kick to Bill Cosby in the Bill Cosby Mysteries, The Chapelle Show and NYPD Blue. He has hosted Russell Simmons Def Poetry for the past 8 seasons as both host and poet.

Today Mos has over eight movies that he is filming, in production or in pre production. There is no way that anyone could confuse the rapper/actor/activist as being just another run of the mill artist. You could say that he MOS DEFinetly has what it takes to keep rising to the top.

Hey :)
Nice touch on the article. He is turly creative, has a personality on him, confidence...I love the "laybackness" and him being soooo comfortable in his skin...cool :)