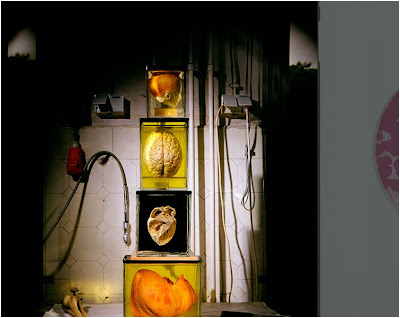 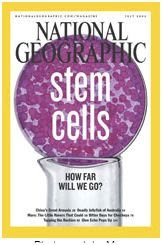 Max Aguilera-Hellweg was the editor's choice for the National Geographic's July 2005 cover.

Embryonic stem cells may someday help doctors treat ills from paralysis to diabetes. But science must contend with politics before that hope can be realized.

Max Aguilera-Hellweg is a photojournalist, writer, and filmmaker, whose recent work focuses on medicine. He began his career in the 1970s doing the darkroom work at Rolling Stone and assisting its chief photographer Annie Leibovitz. His photo essays have appeared in numerous magazines including National Geographic, The New Yorker, Life, Time, and Esquire. His books include “The Sacred Heart, an Atlas of the Body Seen Through Invasive Surgery” (Bullfinch Press, 1997). After many years as a free-lance photographer, Aguilera-Hellweg went back to school, doing his premedical coursework at Columbia University and received a degree in medicine from Tulane University in 2004. He completed a two year residency in Internal Medicine at the University of Massachusetts, and in 2006 returned to his creative work fulltime. The first of many projects on his slate, with two published short stories behind him, is to finish the novel he’s been working on for fifteen years.
Posted by theceelist at 8:02 AM