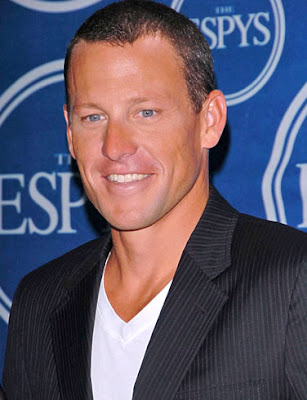 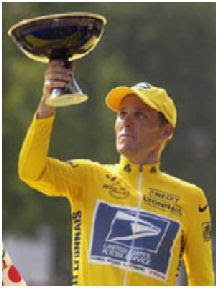 The yellow bands that support those living with cancer may have become in ways a cool way to show support for cancer survivors.But there is no doubt that Lance Armstrong has shown in action what it really means to live strong.

Being diagnosed with testicular cancer in 1996 must have been a heart stopping moment for Lance. He had been part of sport competitions since the age of eleven. A tri-athlete from the age of thirteen, Lance realized his strength laid in cycling. Lance had already won two stages of the Tour De France in 2005 having decided to focus his attention on bike cycling, after his initial sport pursuits.

Lance is very open about his cancer. As a patient in remission it is his wish for people in general to be educated about cancers in general. When Lance was diagnosed his cancer had already spread to his lungs and brain. Aggressive treatment had to be started and in Lance’s case 4 cycles of chemotherapy, brain surgery and he had to have one of his testicles removed. To others maybe this would be reason alone to be quiet, but Lance feels that it is his responsibility to speak and educate the public.

After his diagnosis Lance went on to win the Tour De France five times, after becoming the first American to win the prestigious race more than twice. Lance was dogged with rumors of drug taking that persisted even after numerous drug tests. He had a high profile relationship with the singer Sheryl Crow and then Kate Hudson, but he is now single and dating. Good news for his legions of adoring female fans!

His charity now known as "Live Strong" is dedicated to educating and bringing people together in knowledge of cancer. Lance definitely has proven that determination can overcome all odds and we sincerely hope that not only does he live strong….but lives long too!