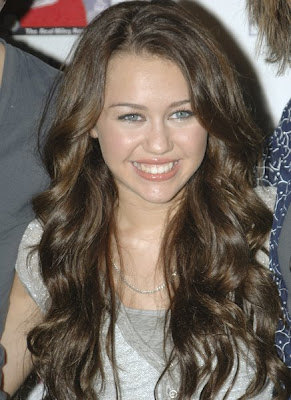 It’s very few people that haven’t heard of the spunky Miley Cyrus. A phenomenon in her own right, Miley has managed to create a world with her Disney character Hannah Montana and gripped the hearts of young girls that hasn’t been since the rise of the Olsen Twins. Although she has been embroiled in some controversy, her racy photo-sets with Vanity Fair, suggestive photos that leaked online and her sniping you tube video directed to a co star, .it’s still clear that little girls love Hannah Montana.

Miley Cyrus was born Destiny Hope Cyrus, the daughter of the famous Country singer Billy Ray Cyrus. She was given the nickname, Miley, because of her propensity to smile when she was younger. She soon became bitten by the singing bug and auditioned for a new Disney show. She won the role even though Disney Executives thought she was too small at the time because of her burst of energy. She had to audition her real life father, Billy Ray, for the role as her on screen father. In 2006 after the first episode of the "Hannah Montana show,"Miley became an overnight success.

She has made three albums in the persona of Hannah Montana and 2 in her own name. She officially changed her name to Miley Ray Cyrus in 2007. Her concert movie made over thirty- million dollars in its first weekend opening (on only 1000 screens.) It’s clear that her fans support her. As a fifth-teen year old she has already been embroiled in some controversy due to pictures that were taken of her by Annie Lebowitz for Vanity Fair. Miley states that it was a mistake that she regrets,
(although it was seen as sullying the Disney brand in a way.) It is clear that the fans have a lot of love for Miley and it hasn’t seemed to affect her in any way what-so-ever.

In 2008 Miley is among the top under twenty-five earners in the world making $18.5 million last year alone.