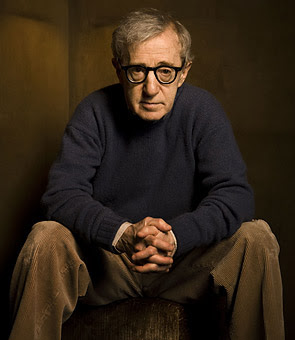 American motion-picture director, screenwriter, actor, and author, best known for his bittersweet comic films containing elements of parody, slapstick, and the absurd. He was also known as a sympathetic director for women, writing strong and well-defined characters for them. Among his featured erformers were Diane Keaton and Mia Farrow.

Much of Allen's comic material derives from his urban Jewish middle-class background. Intending to be a playwright, Allen began writing stand-up comedy monologues while still in high school. His introduction to show business came a few years later when he was hired to write material for such television comedians as Sid Caesar and Art Carney. In the early 1960s, after several false starts, he acquired a following on the nightclub circuit, performing his own stand-up comedy routines. His comic persona was that of an insecure and doubt-ridden person who playfully exaggerates his own failures and anxieties.

Allen's subsequent films contained a paradoxical blend of comedy and philosophy and a juxtaposition of trivialities with major concerns. The critical and commercial failure of the bleakly serious drama Interiors (1978) was followed by the highly acclaimed seriocomedy Manhattan (1979). In such later films as Stardust Memories (1980), Zelig (1983), The Purple Roseof Cairo (1985), Hannah and Her Sisters (1986), Crimes and Misdemeanors (1989), Side Effects (1989) Alice (1990) and Vicky Cristina Barcelona (2007).