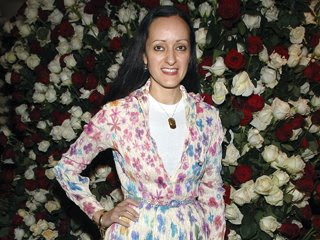 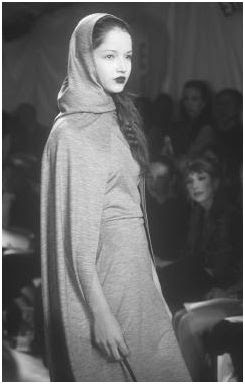 The United States is better known for the mass production of clothing than for nourishing avant-garde talent. Isabel Toledo was one of the few cutting-edge designers working in New York, and financial success has been a long time coming. When she began designing professionally in 1986, Toledo was immediately recognized as a powerful talent; her clothes were featured in magazines like Vogue and Harper's Bazaar and sold in prestigious stores like Bendel's of New York. Since then, however, she has had legal difficulties with financial backers, as well as problems with American retail store executives.

The grey dress is gorgeous...

I wondered if it was Isabel at FIT?