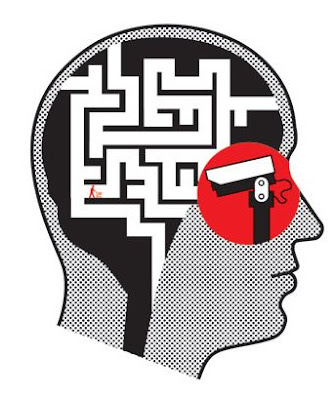 The science of shopping

The way the brain buys:
IT MAY have occurred to you, during the course of a dismal trawl round a supermarket indistinguishable from every other supermarket you have ever been into, to wonder why they are all the same. The answer is more sinister than depressing. It is not because the companies that operate them lack imagination. It is because they are all versed in the science of persuading people to buy things—a science that, thanks to technological advances, is beginning to unlock the innermost secrets of the consumer’s mind.

In the Sainsbury’s in Hatch Warren, Basingstoke, south-west of London, it takes a while for the mind to get into a shopping mode. This is why the area immediately inside the entrance of a supermarket is known as the “decompression zone”. People need to slow down and take stock of the surroundings, even if they are regulars. In sales terms this area is a bit of a loss, so it tends to be used more for promotion. Even the multi-packs of beer piled up here are designed more to hint at bargains within than to be lugged round the aisles. Wal-Mart, the world’s biggest retailer, famously employs “greeters” at the entrance to its stores. Whether or not they boost sales, a friendly welcome is said to cut shoplifting. It is harder to steal from nice people.

mmediately to the left in Sainsbury’s is another familiar sight: a “chill zone” for browsing magazines, books and DVDs, tempting impromptu purchases and slowing customers down. But those on a serious mission will keep walking ahead—and the first thing they come to is the fresh fruit and vegetables section.

For shoppers, this makes no sense. Fruit and vegetables can be easily damaged, so they should be bought at the end, not the beginning, of a shopping trip. But psychology is at work here: selecting good wholesome fresh food is an uplifting way to start shopping, and it makes people feel less guilty about reaching for the stodgy stuff later on.

Shoppers already know that everyday items, like milk, are invariably placed towards the back of a store to provide more opportunity to tempt customers. This is why pharmacies are generally at the rear, even in “convenience” stores. But supermarkets know shoppers know this, so they use other tricks, like placing popular items halfway along a section so that people have to walk all along the aisle looking for them. The idea is to boost “dwell time”: the length of time people spend in a store.

Traditionally retailers measure “footfall”, as the number of people entering a store is known, but those numbers say nothing about where people go and how long they spend there. But nowadays, a ubiquitous piece of technology can fill the gap: the mobile phone. Path Intelligence, a British company working with the Massachusetts Institute of Technology, tracked people’s phones at Gunwharf Quays, a large retail and leisure centre in Portsmouth—not by monitoring calls, but by plotting the positions of handsets as they transmit automatically to cellular networks. It found that when dwell time rose 1% sales rose 1.3%.

Having walked to the end of the fruit and vegetable aisle, Basingstoke’s hard-core shoppers arrive at counters of prepared food, the fishmonger, the butcher and the deli. Then there is the in-store bakery, which can be smelt before it is seen. Even small supermarkets now use in-store bakeries. Mostly these bake pre-prepared items and frozen dough, and they have boomed even though central bakeries that deliver to a number of stores are much more efficient. They do it for the smell of freshly baked bread, which makes people hungry and thus encourages people to buy not just bread but also other food, including frozen stuff.

Most of the information that shoppers are bombarded with is visual: labels, price stickers and advertising. But the wafting bread aroma shows smell can usefully be stimulated too, says Simon Harrop, chief executive of BRAND sense agency, a British specialist in multi-sensory marketing. In the aisle by the laundry section he suggests introducing the smell of freshly laundered sheets. Even the sound of sheets being folded could be reproduced here and contained within the area using the latest audio technology. The Aroma Company, which Mr Harrop founded, has put the smell of coconut into the shops of Thompson, a British travel agent. Some suntan oils smell of coconut, so the scent is supposed to remind people of past holidays. The company even infuses the fresh smell of citrus into a range of clothing made by Odeur, a Swedish company. It can waft for up to 13 washes.

Such techniques are increasingly popular because of a deepening understanding about how shoppers make choices. People tell market researchers and “focus groups” that they make rational decisions about what to buy, considering things like price, selection or convenience. But subconscious forces, involving emotion and memories, are clearly also at work.

I read this last week & I thought it was interesting... & want 2 share with you guys...2 finish reading this article visit...

We are programable units Cee...

But now we know the tricks of the trade...

Shop, shop till you drop Cee...

I hate to shop except for food shopping which I love... but I want the best and freshest at the lowest price...