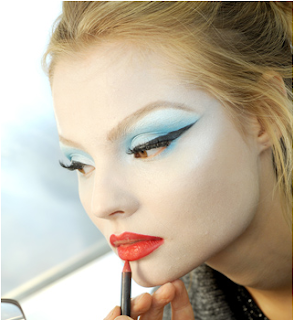 Magdalena Frackowiak (born October 6, 1984 in Gdańsk, Poland) is a Polish fashion model who began appearing on international runways in 2006.
Frackowiak was sixteen when her mother sent her pictures to a Warsaw agency's modeling contest. She won, and was scouted by Darek Kumosa of the Model Plus Agency. Her first paid assignment was for Machina magazine. As of December 4, 2009 Frackowiak is ranked #17 on models.com Top 50. She is currently signed with DNA Models in New York.
She featured prominently in the 2008 Ralph Lauren, Alessandro Dell'Acqua, and Oscar de la Renta print campaigns.
She has been on the cover of Italian, German, Japanese, and Russian Vogue and Numéro 103.

I love her she is something pure not just a model she is more that human!

She is guys! 1 of the best she has a young girl fresh face.

she can pull of alot of looks & has great face structure.