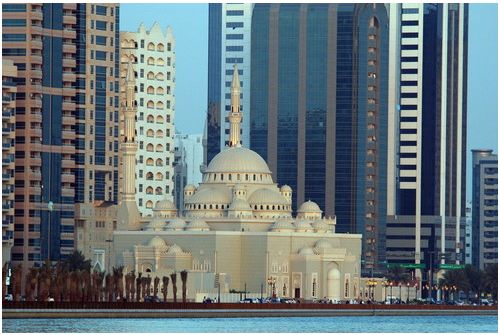 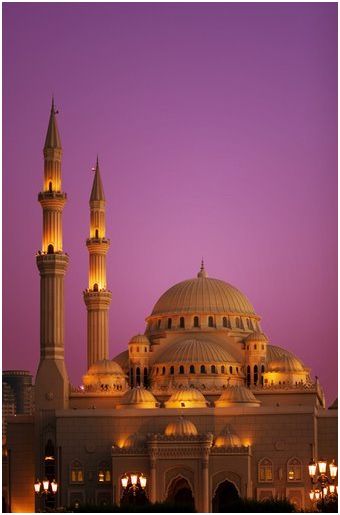 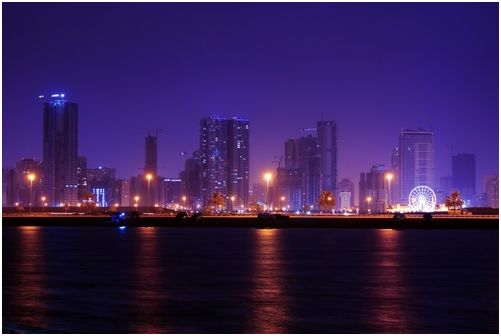 Night view of Sharjah seen across the water 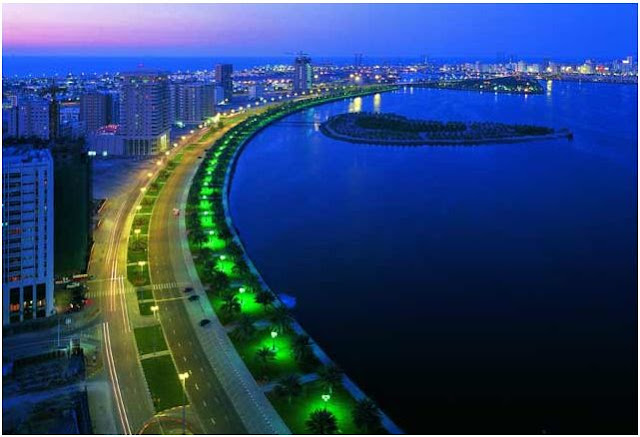 Sharjah is a thriving industrial town that has retained much of its Old World charm, it is one of the oldest towns in the United Arab Emirates. The Emirate of Sharjah built its first airport and school in the 1950's and it wasn't until 1967 that a paved road linked Sharjah with Dubai.

Sharjah is an important port for trade and commerce in the Gulf region. The modern airport and sea port make it one of the largest cargo hubs in the world and a key commercial center in the Middle East.

Ideal weather conditions are found between November and April. May to September is a hot climate but the temperatures are much hotter and more humid during July and August.

Sharjah is the site of world cricket cups, an open squash championship and a team from Sharjah has also won the President Football cup several times. Indoor and outdoor activities such as chess tournaments, squash and tennis, ice-skating and swimming are a few of the activities.

The Sharjah Arts Museum is the largest in the Gulf region with a permanent collection.

Posted by theceelist at 8:45 AM

I luv the color of the pics!