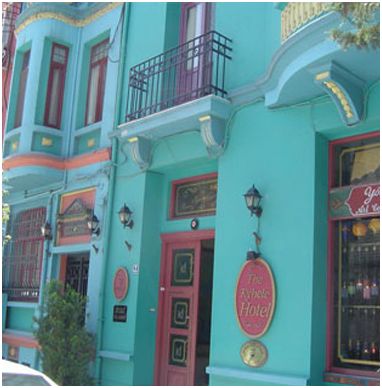 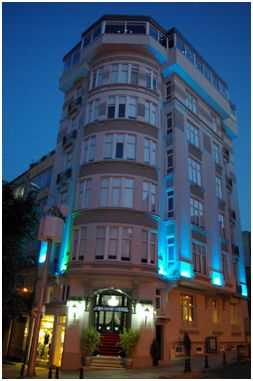 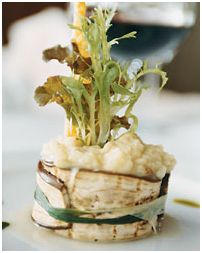 At this crossroads of East and West, the cuisine is as fascinating and complex as the long history. From street food to chic new restaurants, Anya Von Bremzen finds the best dining in Byzantium.

Standing on the Galata Bridge eating a peach, I’m only half looking at the lineup of imperial mosques along the Golden Horn. Instead I’m contemplating my new purchase, which isn’t a gold bracelet from the Grand Bazaar or a kilim—though I certainly need one. What I’ve bought is an apartment, a little place with a beautiful Bosporus view in the neighborhood of Cihangir, Istanbul’s leafy hub of café life. The thought of my acquisition has me in a state of simultaneous gloom and euphoria. Gloom because Turkey’s currency is fluctuating like crazy, be­­cause the prospect of the country’s joining the EU seems real one day and phantasmagoric the next, be­­cause the local Ikea has sold out of the extralong curtain rods I need. Euphoria because to me Istanbul is the most fascinating, most ravishing city on earth, a feeling that hasn’t wavered since I first ate a peach on the Galata Bridge 20 years ago.

Everything one hears about Istanbul is pretty much true. Yes, the Hagia Sophia is big and byzantine, the Grand Bazaar both a treasure trove and a tourist trap. Yes, this metropolis of 12 million people physically and metaphorically straddles Europe and Asia. It is by turns provincial and cosmopolitan, Muslim yet resolutely secular, exhilarating and exasperating. Even the rumors of Istanbul’s transcendent new coolness aren’t vastly exaggerated. Beyond the clichés, though, what keeps luring me back is the texture of everyday life. The ferry ride at dusk as the skies flare cinematically over the minarets. The tulip-shaped glasses at my corner tea garden. The courtly smile of my local pistachio vendor. And the food.

With the endless grills, the subtle spicing, the celebration of yo­­gurt, legumes, and sun-ripened vegetables, Turkish cuisine is the last frontier of healthy Mediterranean cooking. The kebabs and savory pastries called börek alone are reason enough to move here. While Istanbul isn’t the next capital of Spanish-style avant-garde cooking—so fashionable in Europe these days—its hedonistic high society ensures that there are plenty of spots that outglamour anything in Miami Beach or Hong Kong.

It’s a sprawling city, divided into three parts by the Bosporus strait and its offshoot, the Golden Horn (see map with "Istanbul’s Foodscape"). Though many tourists tend to stick close to the Old City—especially the historic Sultanahmet district around Topkapi Palace, the Hagia Sophia, and the Blue Mosque—to truly experience Istanbul’s food, you have to go a bit farther afield. Best of all, meals often come framed by views so breathtakingly beautiful, it’s hard to shake the feeling that this city is  a mirage.


Guys, be sure 2 visit the watchmojo ink lots of great travel videos!

Posted by theceelist at 9:40 AM

I hear Turkey is GREAT!

kitty I went 2 this wedding last week & I bdanced in front of an audience of 150 pep & i was fire!I had sooo much fun! but u know I did think of b lk how does she dance lk she does in front of al those pep

kitty i didnt dance in front of any guys..I wouldnt dare..lol

the wedding was separated men on 1 side & women on the other.lk a partition between.

I couldn't believe when I read that you danced in front of 150 peeps... then you said women only ONLY! Cause I'd die of baressment to bdance in front of all strange men! Women OK!

Yeah I did but only women..I danced 2 "Shik Shak Shok" I was so outta breath then I thought of B..lol

If I dnt use i'll loose it..lo

I was in the middle & evvery1 was around me..yeah..lol every1 said i did really great..I was the dancing highlight 2 jump start the party..lol

You're a RIOT GIRLFRIEND!

I still can't believe you dnce in front of soooooo many peeps!

We'll have FUN in Insbul as ghetto twins...slinking through the back alleys...

Kitty I cnt believe I did either & I dance in my Balmains..I was fiyyah LOL

"We'll have FUN in Insbul as ghetto twins...slinking through the back alleys..."