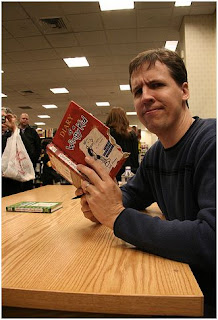 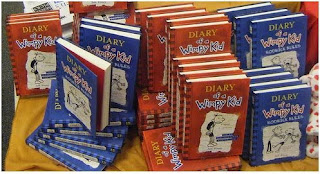 
The book was originally on FunBrain, but when it was adapted into a print book, Jeff Kinney decided to split it into a series.
The series has stayed on the New York Times Best Seller list for children's books for 17 weeks as of May 19, 2009.

Guys, I know that winki's info is not all true..there 4 I'm going 2 refrain from using it.

Diary of a Wimpy Kid is a child's book which adults can enjoy!

I'm the wimpy kid... I love that silly journal and wish I had kept one then... I kept some in college and should start again...

I know kitty dnt u wish u kept them!:)

I love this series. Here's a video where Jeff Kinney talks about how he came up with the characters.