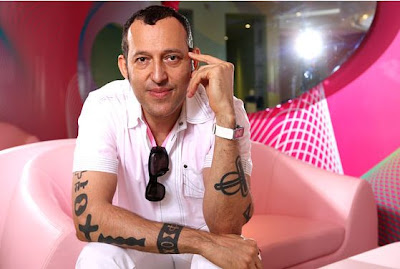 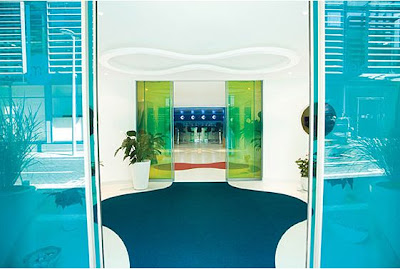 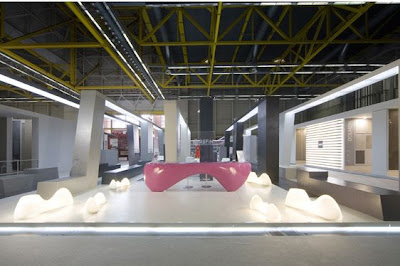 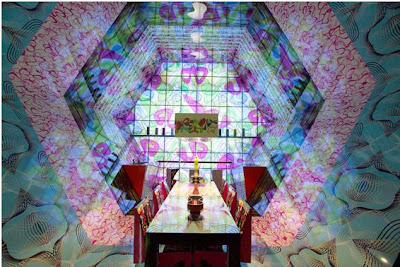 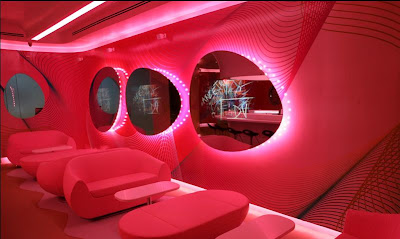 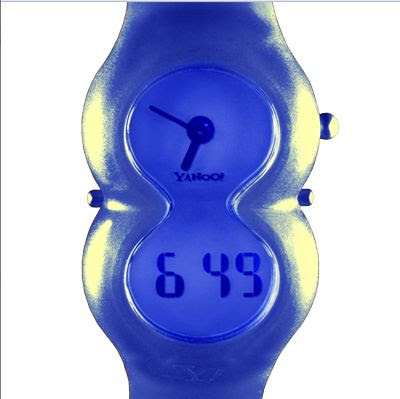 Karim Rashid(born September 18, 1960) is an industrial designer. He received a Bachelor in Industrial Design from Carleton University in Ottawa, Canada in 1982 and completed his postgraduate studies in Italy. Rashid has created over 2000 designs, including projects ranging from interiors, fashion, furniture, lighting, art and music to installations. Born in Cairo to Egyptian and English parents, and raised in Canada, Karim now resides in New York managing his private design studio. To date he has had some 2000 objects put into production and has successfully entered the realm of architecture and interiors, designing the Morimoto restaurant in Philadelphia and Semiramis hotel in Athens. His work is in the permanent collections of fourteen museums worldwide, including the Museum of Modern Art in New York and the San Francisco Museum of Modern Art, Centre Pompidou in Paris, and he exhibits art in various galleries. Rashid was an associate Professor of Industrial Design for 10 years and is now a frequent guest lecturer at universities and conferences globally. 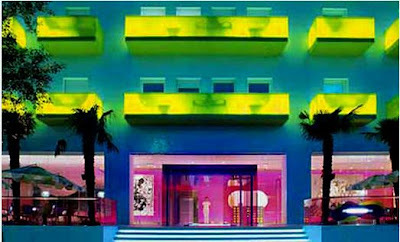 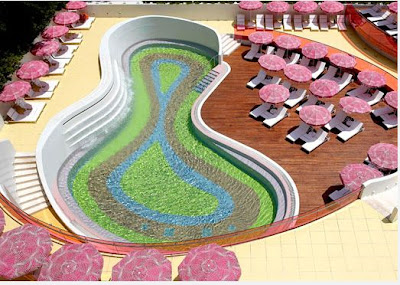 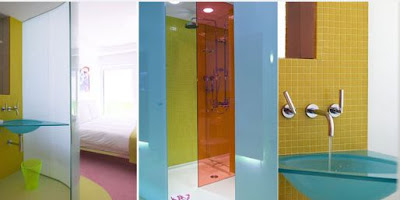 Semiramis, Karim Rashid’s first hotel project, is a fusion of Rashid’s influence and owner Dakis Joannou’s vision and own dedication to the modern art world. The 52-room hotel is an Athens’ design-inspired hotel, offering a new intimate alternative to modern travellers which focuses on positive energy, heightened experiences, culture, art, and design. Set 340 meters above sea level, the hotel offers an oasis from the humidity of central Athens.

LMAO hes hilarious but I lk him..hes a very confident guy..lol hes lk Im the sh** yes I am yeah..lol

I'm going to enjoy watching these vids... this guy is a triptriptrip...

I get further out there like Karim...hahahhahaah... luv the colours....

looool..arnt u just lovin this dude..

he gets even more interesting..he also DJs..

I lk him because it sooo many pep who sit around & do absolutely nothing & complain about not having nothing hes a man of many hats..I luv tht & DJs 2 LOL wtf***
I wanna hear it I was looking 4 demos I didnt see any I lk how he says about always getting better & better :)

u go even further wow how cool is that:)!!!LOL>LOL

I luv your blog Cee... I luv to come back and look at all these interesting things... I learn so much...

ok u sure Im always thinking I dont want 2 venture off 2 much because It'll be hard 2 capture a targeted audience.hum