R-U-A Spendthrift or A Tightwad? 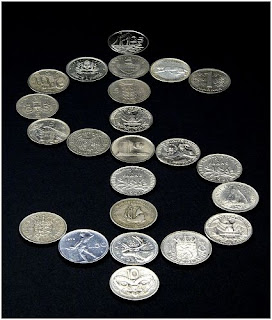 "You are considering the price tag on an expensive pair of boots.

To the economist, your decision to buy the boots should be purely rational. You should think: Do I have the money to afford these boots? If so, is the pleasure they will give me equal to or greater than the cost? —"

For 300 years, we’ve been preaching thrift as a virtue. But what if it’s something that’s inherited rather than learned?

Lauren Weber’s father is, to put it bluntly, cheap. When she was growing up in the cold winters of Connecticut, he refused to turn the thermostat above 50 degrees. He washed all the dishes by hand, in cold water, even though the family owned a dishwasher. He even used hand motions to signal a turn while driving so his turn-signal bulbs would last longer.

As a kid, Lauren bristled at her dad’s frugality (and when she wanted an extravagance, like Guess jeans, she went to Mom). She feared that her family was secretly on the verge of bankruptcy. They weren’t—her father was, in fact, a professional economist, teaching at the U.S. Coast Guard Academy. He didn’t lack for money. A lifestyle of extreme thrift simply felt right to him.

Then, when Lauren grew up, a funny thing happened: She realized that she’s now cheap, too. And she noticed something else. Her older sister, like her and her father, is very mindful of money. Her older brother is not. Although Lauren carefully compares the prices of dried beans ($1.49 for twelve servings) and canned beans (79 cents for four servings), her brother thinks nothing of eating out all the time. He doesn’t live beyond his means, but he definitely hasn’t adopted the same tightwad attitude that Lauren did.

This scenario might sound familiar to you: One sibling winds up a saver while another is a spender, despite having been raised in the same household. That this happens is not that unusual. What’s interesting is why.

Guys, frugleness vs. cheapness crosses my mind every single week. So I was sooo happy 2 read this!;)
Posted by theceelist at 8:00 AM

I'm very thrifty... and others think that I'm cheap!

Environmentally it's great to be thrifty!\\

I know if u want brand name ..u can go 2 thrift stores in affluent neighborhoods..ull b surprised wht u can find..I hv a aunt whoe is a shopaholic every so often she sends me this box with all sorts of stuff she finds @ resale stores..last month she sent me a Ralph Lauren polo jacket & this sponge bob toy she found..its really funny shes really sweet..lol

kitty I hv s really funny stories 4 this 1..I often find myself in these funny predicaments

OK Cee... I'm very good at this and get a lot of pleasure figuring the lowest cost way for something or a substitute... but the best thing is when a friend gives me clothes for free... and they have my friends karma...

I wanted to show this one where I got my glasses which I LUV!

It's amazing how good they are and THRIFTY!

B sure 2 go 2 a high end boutique resale store..lots of vintage stuff..Chanel my aunt even found LV luggage 4 my mom & my sis b4:)

sm x I ll spend an hour looking 4 coupon codes b4 I order things.I sure will!;)

wht it ur friend has bab Karma..LOL..LOL