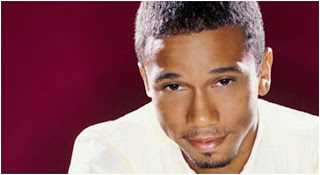 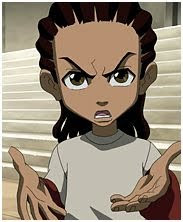 FANS fearing that "The Boondocks," the wildly scathing, racially charged comic strip, will lose its bite when it appears on television next week need not worry. Within the first 10 seconds of the new show of the same name, viewers will be offered the following Molotov cocktail of social criticism: "Jesus is black, Ronald Reagan is the devil and the government is lying about 9/11."

Since its national debut six years ago, the strip, about two black children living in white suburbia, has slaughtered its share of sacred cows, eviscerating everyone from Condoleezza Rice and Strom Thurmond to 50 Cent and Ralph Nader. President Bush has been a frequent target. As a result, the strip has been suspended, banished to editorial pages and dropped from some newspapers (it currently appears in more than 300).
Trying to translate that incendiary spirit into great television will be a challenge, an expensive challenge at that. Cartoon Network pays Sony Pictures Television, producer of the series, an estimated license fee of $400,000 per episode. Add to that the millions the network has spent on marketing, including many billboards in New York and Los Angeles trumpeting the show's premiere on Nov. 6 in the late-night "Adult Swim" block, and "The Boondocks" becomes the most expensive show the network has made.

"We don't have a lot of money, so we decided that for this year, we're going to put every dime we have into 'Boondocks,' " said Mike Lazzo, senior vice president of programming and production at Cartoon Network.