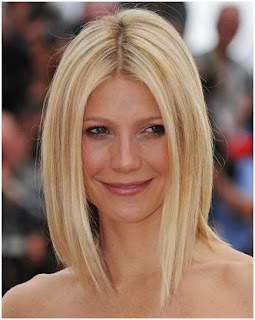 Actress. Born on September 28, 1972, in Los Angeles, California. The daughter of Tony Award-winning actress Blythe Danner and television producer Bruce Paltrow, Gwyneth Paltrow grew up no stranger to the world of Hollywood. After living in Los Angeles, Paltrow moved with her family to New York at age eleven. The precocious young blonde made her stage debut at just five years old in a theater in Massachusetts's Berkshire Mountains, where her mother performed in summer stock.

As she grew up, Paltrow's burgeoning beauty and developing acting talent began to win her small film roles, beginning with Shout and Hook in 1991. After a well-received spot opposite her mother in the television mini-series Cruel Doubt (1992), Paltrow decided to abandon her art history studies at the University of California at Santa Barbara to pursue acting full time.

She's also married to Chris Martin! guys, imagine that Chris comes home & sings her songs..LOL that would b 2 cool!

Guys, I really like her goop blog be sure 2 check it out. She's got some cool stuff on there. &guys, I really luv Shallow Hal with Jack Black..I watched it 3 x a few years ago.

Posted by theceelist at 5:20 PM

I love that she enjoys cooking and wants to teach others.!!!

Yeah kitty she is. Ive alwasy lked her.

b sure 2 look @ the investing & fashion alternative info on goop I really lk her blog..