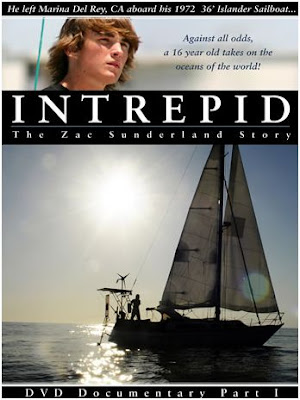 Zac Sunderland was four weeks into the hardest part of his journey, the long, mind-numbing leg between the tiny island of St. Helena in the middle of the Atlantic and the tiny island of Grenada on the edge of the Caribbean. The crossing was the last great hurdle in his quest to be the youngest person to sail solo around the world. It was a desolate, often windless stretch -- 4,278 nautical miles that, on a good day, he covered at just six nautical miles an hour. The math could make seasoned sailors talk to themselves, let alone a 17-year-old California kid who'd just realized he'd lost his radar.

For 10 months and 20,000 nautical miles, Zac's Raymarine C70 had guided him around the globe, delivering shrill warnings before ocean liners or storms could get too close. But on that late April day, several hundred miles off the coast of South America, a giant container ship passed within eyeshot of Intrepid, Zac's 36-foot Islander, and his radar stayed mute. In a panic, he scrambled below­decks to a cabin that was not unlike any teenager's bedroom: couch draped with a sleeping bag, battered laptop, dented microwave, surfer magazines, cupboard full of Pringles. In one corner sat the Raymarine, spitting out useless white noise. Zac stared at it for a while, digesting his new reality. The loss of radar meant he'd be nearly sleepless until Grenada. For the next several days, he would have to wake up every 20 minutes to poke his groggy head topside, just in case a ship was bearing down on him.

"I ended up having some really weird dreams," he says. "You're supposed to dream for the first 10 minutes after you fall asleep and the last 10 minutes before you wake up. So, like, I never slept without dreaming."

Then came the wave. Four nights into the radarless portion of his journey, Zac was standing at the base of his boat's mast, fixing a line that had worked itself free. Clouds blocked out his friends, the stars, casting him in complete darkness. Only the eerie green glow that Intrepid left in its wake gave him comfort: The phosphorescent phytoplankton whipped up by the boat's hull reminded him he was sailing across a living thing. Then Zac heard a noise, a rumble, low and loud -- and growing louder. He flicked his long brown hair out of his eyes and looked over his shoulder to see a 30-foot wall of green where there had been only black. He held his breath and squeezed his arms around the mast as the wave -- a rogue wave, an impossible wave -- slammed violently into his boat from behind.

Water poured into Zac's cabin, soaking his sleeping bag and magazines. Worse, it shorted out Intrepid's electrical system. That's when he remembered that his satellite phone, the one he used to make calls and send e-mails home to California, was out of juice. Now he had no way to charge it.

After all his nights at sea, Zac had stopped keeping track of time. Hours and days were meaningless to him; weeks could escape his grasp. But now he most definitely worried about time. He worried about what time it was and what time it would be when he'd next see land. And he worried about surviving all the time in between. Later that night, the fog rolled in. Zac could see only 50 yards in front of him and 50 yards behind. All he could hear was the water and the wind. His world was the size of a football field, and he sat alone at the center of it. At that moment -- at that particular hour, on that particular day -- Zac Sunderland became the loneliest boy in the world.

Posted by theceelist at 8:20 AM

He has got it and I can learn from him...

He's such an inspiration!