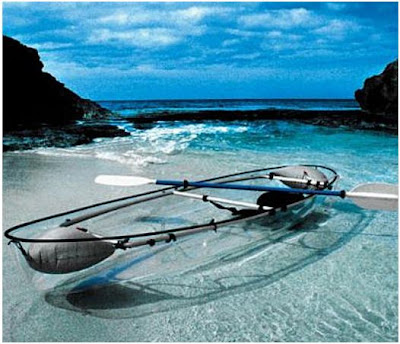 There are almost as many kayak models on the market as there are destinations for the sport. So, the first step in purchasing a kayak is to identify your needs. Do you want a racing kayak? One to tackle rapids? One to take touring for a week in the wilderness? How often will you use it? How much are you willing to spend? After you've considered these and many other questions, the next step is to study the differences among the myriad choices.

What Are the Different Types of Kayaks?

Kayaks can be divided into four general categories: Recreational kayaks are all-around boats designed for mild river trips and other casual use on bays and ponds. They are generally wider and shorter than touring kayaks, which makes them easier to turn but more difficult to travel in a straight line).

Touring kayaks are often designed for extended wilderness trips and all the gear they entail. These long kayaks are very stable and have good carrying capacity, but because they track well, they do not turn as easily as shorter boats. They are sometimes called sea kayaks, though they're certainly not restricted to the ocean. Some models are designed for day touring, offering less storage space in exchange for lighter weight and improved maneuverability.

Whitewater kayaks are designed with exceptional maneuverability to negotiate rapids. They are shorter, and can have rounded bottoms or flat planing hulls, and more rocker (upturn in the ends) to deal with waves. They are not enjoyable for touring, because they are difficult to paddle in a straight line.

Posted by theceelist at 5:25 AM

I'd like to paddle away Cee... into the beautiful sea...

The nicest paddle I ever went on was in Maine... between little islands... fun... scary...

WOW! u certainty know how 2 hit all the hot spots 4 a small townzy gal..lol:)