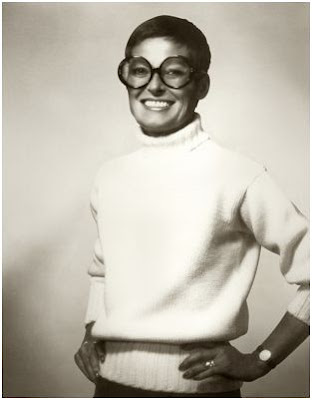 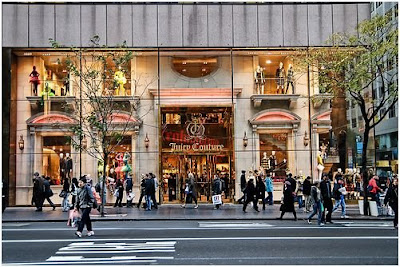 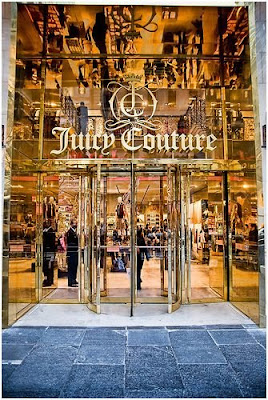 In 1986, Liz Claiborne Inc. became the first company founded by a woman to be ranked among the Fortune 500. And of the companies on that list, hers was one of only a handful with women as chief executives.

Juicy Couture is a contemporary line of both casual and dressy apparel based in Arleta, California, founded by Pamela Skaist-Levy. Now owned by the Liz Claiborne fashion company, Juicy is known for their terrycloth and velour tracksuits as well as other clothing and accessories.

The line is sold in upscale department stores (Bloomingdale's, Lord & Taylor, Nordstrom, Neiman Marcus, and Saks Fifth Avenue), as well as Juicy Couture flagship stores and boutiques. Juicy Couture is marketed as a high-end clothing line at an affordable price, and is aimed at women ages 14–26. Juicy Couture also has a line of men's clothing and accessories.

My Mother wore clothes from Liz Claiborne as she barnstormed into the work force... they empowered her... and liberated her... they actually weren't very attractive but they were "efficient" and Mums was ready to rumble with the men in her office.

Imagine a clothing designer helping people feel stronger... or whatever...

And Juicy... pretty whatever...

I like funkier stuff... but admire what these women have done... :)

Yeah the clothe r pretty bland & older lady,,but I guess that where the Juicy Couture comes in but it is COMPLETELY overpriced American Eagle type cloths...some of the J.Cout is cute

u can actually go 2 Urban Outfitters 4 the same stuff..minus the terry cloth now the terry is cute & the bags also:)

u know i was thinking juicy. C... I think they pitched it well.. 4 1 the name is catchy and the presentation is on point ..like the store is really nice fun and fancy.. eye appeal is very important..

Presents/presentations... everyone wants a present.