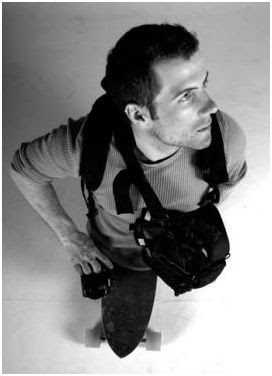 Living Without Legs, Without a Wheelchair

He often travels by balancing his torso on a skateboard, and moving expertly through the streets of the cities he visits. From the skateboard, he has taken more than 32,000 photos of the stares he attracts. Some are displayed on an Internet site, therollingexhibition.com. They are riveting, sometimes humorous, examples of human nature in different cultures, where, with each stare, people also form quick and even fanciful interpretations of who Connolly is, and why.Connolly is a senior who studies film and photography at Montana State University. He has short-cropped brown hair, good looks and an affable, open demeanor. His upper torso is fully formed, large-boned, muscular and trim. His internal organs are healthy.

He rejected the prosthetic legs with which he was fitted when he was young, because they were uncomfortable and made it difficult for him to move freely. Instead, he wears what he calls a "boot" to cover his lower body. It is a rounded device that fits perfectly around his lower torso and protects it as he moves.

Guys, be sure to follow link & watch the vid!

Posted by theceelist at 7:59 AM

I loved listening to the story of Kevin... I won't be sad about any challenges that I have now...

You're Kitty now too!

did I jack ur swag?? LOL
NO!LOL

It actually reads Hello Kitty & hello world.. it also has cool lil pic of travel places It says Hi 2 U & every 1..LOL>>LOL:)